How much have you lost?

https://www.businesscycle.com/ecri-news-events/news-details/economic-cycle-research-ecri-lakshman-achuthan-why-so-many-in-the-west-are-pissed-off
here you go. i meant it as an economic powerhouse. militarily they got beaten down a lot. even now, if they went to war with us. we would annihilate them. actually even if you go to ancient times. back in the roman time period. china was arguably bigger than rome at its peak. it was the industrial age than left china behind economically. but they have since returned to prominence and will very likely eclipse the us.

Pension has been sitting in cash since October 19 after killing it on a gold miners play with the BR Gold & General fund. Too busy studying to be focused on investing which is great timing if the exam goes ahead, terrible if not

The thing with systems like China is that they’re excellent as long as people are happy and things are going their way. But history shows that such centrally-led, fragile systems will fail, and fail spectacurlarly, when the tipping point is reached. It has always ended in a blood bath and always will. It’s just a question of time.

The reality—America is a colony of rejects from Europe, whose experimental society is failing after only 250yrs (Zhou dynasty lasted 800yrs, Han 400yrs). They tried some new things; some worked, some didn’t. Over time nature ends you by both your successes and failures, but especially by your successes.

It will end in a blood bath, just as it always does, just a question of time. America is not a special snowflake. God did not choose their people to provide a superior model for the world, as their imperialistic mythology of “American exceptionalism” proclaims. It will be the old same pattern of rise and fall. Everything that has ever applied to societies, still apples to the U.S.

And what’s more, China can tell you exactly why it’s not working. America is making obvious newbie mistakes, but because this is their first society, they have no accumulated wisdom. No history at all. And their arrogance prevents them from leaning from others’ history.

One must ask, if you create a system of “checks and balances,” in which nobody is in control (i.e. not “centrally led”)…then who is control? Who is planning? Nobody, of course. Do you know what happens next? Short-sighted decisions are made. The people become enraged as there is no leadership, and part-timers passing thru think only of themselves. And eventually the society overthrown or collapses from stupid decisions. You either have leadership, or you do not. China does. America does not.

Here are a few facts which falsify previous statements. China has been the largest, or second largest, economy for nearly 2 thousand years (and likely prior but we don’t have the data). For 100yrs it was the victim of Western imperialism. What we’re seeing now is really just a return to the mean. Also, China currently has the highest trust in government of any country. When you make fanatically good decisions for 40yrs, that tends to happen. Actually, it’s the US with rapidly increasing revolution risk (Trump & Bernie are final radical efforts to work within the system). Plus the economic system is a Ponzi, and yet another financial collapse may have just begun.

You’d be wise to mind your own failing society, instead of lecturing the Chinese. 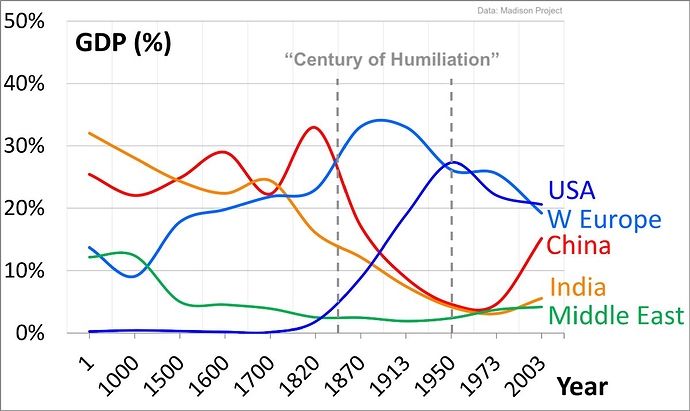 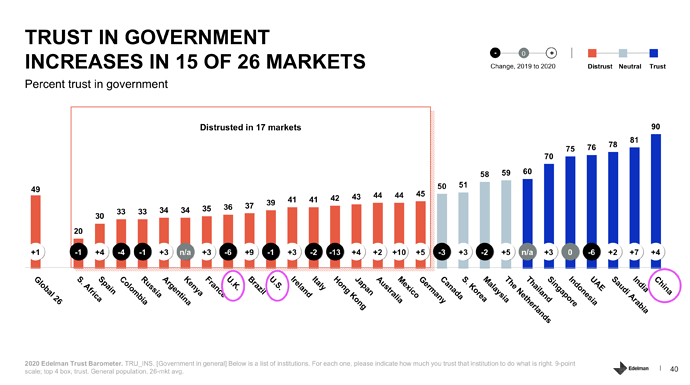 You’re so engrossed by the USA that you didn’t even realize that my argument was about democracy as a system, not about America’s way of doing things. Democracy and USA are not synonyms.

also just fyi. america has done pretty well in general. you just have to look our gdp or gdp per capita in the last 40 years. with that said, china has done exceptionally well and is closing in. but that is not tantamount to saying the us is in decline. we have grown pretty well in absolute terms and relative to most countries excluding china. but china has just done so well that the us is in relative decline.

I pulled in a buncha cash and invested after the 5 days in a row of bruising, hoping buy the dip… Went hard on some Jan 21’ and March 21’ OTM calls, and some single stocks on margin! … things appeared to V-recovery and then crashed quickly… Exited the positions last week, lost about 10%, the leaps took a big hit. Now sitting on cash again waiting to buy the bigger DIP when bottom hits. Glad I made the move to exit (although it was hard to do) otherwise I’d be down 30% now.

My 401K i havent touched and don’t plan to touch.

You’ll get those back soon or later.

So, wouldn’t it be smart to take your 3% cash and start buying insurance?

I’ve lost a lot but I have a lot in cash so I’m actually hoping for a drop of another 20-35% so I can deploy my war chest.

would you use a condom when ur with a pregnant girl? you dont need protection after the fact. plus its much better raw. buying protection add more frictional costs. and sometimes when you use too much protection it can work against you.

Depends. Is she pregnant with my kid or someone elses?

haha. tbh current market environment is still a bit expensive so if you want to buy puts i guess its still somehwat reasonable. i wouldnt though. anyways you coulda made this argument last month where you woulda made a killing. ur only doing it now because everyone is panicing.

Bad analogy. In this case it’s possible to impregnate her again so you’ll need to pay double the alimony.
Agree on the too much protection part though. Better to go without and hope for the best. Protection is very expensive and it doesn’t always work.

haha. tbh current market environment is still a bit expensive so if you want to buy puts i guess its still somehwat reasonable. i wouldnt though. anyways you coulda made this argument last month where you woulda made a killing. ur only doing it now because everyone is panicing.

Dude what? My lowest cost basis on VXX is 13.9! Come on Nerdy. Just give me a little credit.

america has done pretty well in general. you just have to look our gdp or gdp per capita in the last 40 years.

All the failing system to can is quote its own propaganda materials “but our GDPeee!!!”

You’re so engrossed by the USA that you didn’t even realize that my argument was about democracy as a system, not about America’s way of doing things.

Your post was already responded to and your thinking falsified. All system fail with time, but “centrally led” has worked for thousands of years, and are the longest lasting systems. Apply Lindy Effect from here.

Arguing doesn’t accomplish anything, and doesn’t change reality. Democracy is fake, and even if it were real it would be dysfunctional. Plato understood that.

Please people, just learn and move forward. Aggressive ignorance is not working for you.

Well, the funny thing is that a democratic system is yet to fail and while in existence, they have created unbelievable wealth that the rest of the world is trying to emulate in vain. Even in China, which you seem to see as a beacon of development, the rural areas are so backwards that they plow their fields with mules… But sure, go ahead and believe in your dear comrades in Beijing. This argument won’t be solved here on AF but only with time. Let’s come and discuss this in 20 years unless your access to the web has been disconnected by your Master.

How’s the air quality in Beijing? Face masks 24/7 and not because of corona I hear?

Well, the funny thing is that a democratic system is yet to fail and while in existence…

It’s not a “democratic system,” it’s corporate totalitarianism. The DNC is a private corporation which appoints the “right” (pro-corporate) person. The corporate media guides discussion and voting. There is no direct democracy. And there is no mandate for elected officials to do anything other than what corporate money dictates.

Everyone in America knows this, and complains about it constantly. But doublethink keeps the citizenry simultaneously hating the system, and claiming it works.