Another HCB (possibly 2) bites the dust

This is becoming an epidemic and someone should step in to stop the madness. HCBs are dropping like flies and that is seriously restricting the supply of HCBs. Right when I finally got over Reeva Steenkamp’s death (it only took 2 years), I now have another one to deal with.

A Honduran beauty queen has been found murdered just days before she was due to compete in the Miss World pageant in London, police said on Wednesday.

The bodies of Maria Jose Alvarado, 19, and her sister Sofia were found buried near a river in the mountainous region of Santa Barbara, about 180 km (110 miles) from the capital Tegucigalpa.

Interior Minister Arturo Corrales told local media that Plutarco Ruiz, the boyfriend of the beauty queen’s sister, was responsible for the crime.

This is the boyfriend of the sister, so I doubt HCB status ran in the family. 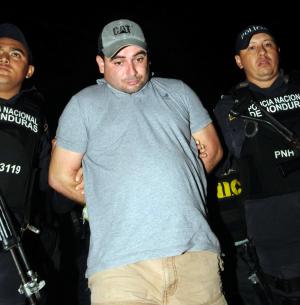 saw her picture a few times, not a HCB. maybe classy, but not hot

Err… I think she is more of the “Ms Congeniality” type.

On the other hand, Lindsey Duke and Blake Bortles are no longer an item. Google her and you’ll realize that he fked something up.

^ He’s a decent looking guy and the starting QB for a quasi-NFL franchise. There will be plenty of Lindsey Dukes for him along the way.

On the other hand, Lindsey Duke and Blake Bortles are no longer an item. Google her and you’ll realize that he fked something up.

“You show me a beautiful girl, and I’ll show you a guy who’s tired of f!cking her.”