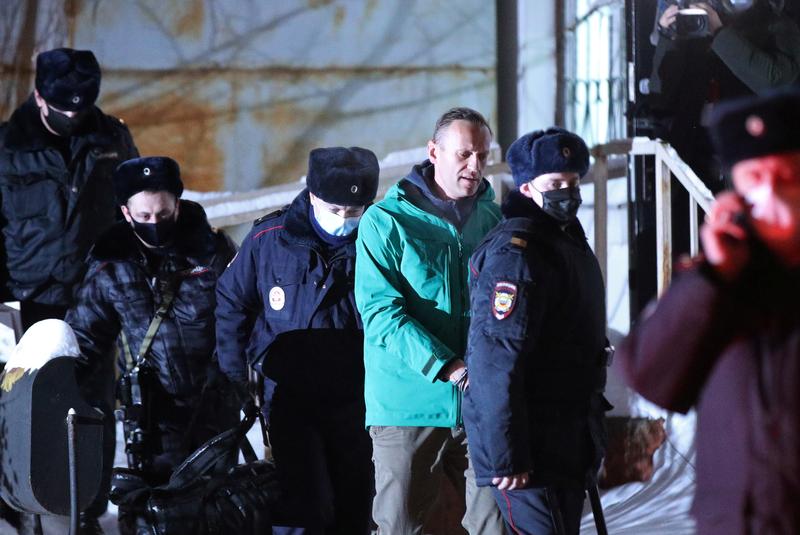 Alexei Navalny, President Vladimir Putin's most prominent critic who was jailed at the weekend, on Tuesday released a video in which he and his allies alleged that an opulent palace belonged to the Russian leader, a claim the Kremlin denied.

Greetings folks, anyone following this Navalny vs. Putin showdown in Russia right now? I know this is a conflict with a long backstory, it’s just interesting to me how Navalny returned to Russia and is choosing a showdown right now. It’s an interesting social question in the Russian diaspora right now. I am a bit fascinated by it. He’s a smart dude but he’s seemingly pulling a Leeroy Jenkins this past week and it’s interesting if it has any chance of paying off. Anyone else following this storyline? Dude flew back just to get arrested and pose his case to the people, hoping they might follow him. What numbers is he seeing I wonder, to support this big gamble? Cheers

i recenlty saw the news about it. hopefully putin gets a good handle on it. we dont need more instability in this world.

Putin may overplay his hand but who knows. I wonder if he’s aging more than outsiders know, and Navalny smells weakness. This has the appearance of the young lion challenging the old lion. Putin is getting on in years. Navalny must see something. He is chasing this conflict now… Dunno

I’m reading Solzhenitsyn’s “The Gulag Archipelago” right now. If I were Navalny, I’d stay far away from Mother Russia!

Fantastic book, gave me nightmares though

I’m reading Solzhenitsyn’s “The Gulag Archipelago” right now. If I were Navalny, I’d stay far away from Mother Russia!

I’m inclined to agree… But Navalny really wants this showdown right now. Honestly can Putin stay on top another 10 years? It would be extremely difficult for him I think. Aging iron fist rulers typically get caught out as they start becoming weak with age, and Putin’s pushing 70 right now. But is he so weakened now that he can be pushed out right now? That’s highly questionable/improbable from just looking at as a spectator. Wild times folks.

Fantastic book, gave me nightmares though

I will need to check it out later this year!

This weekend could get a bit intense in Russia 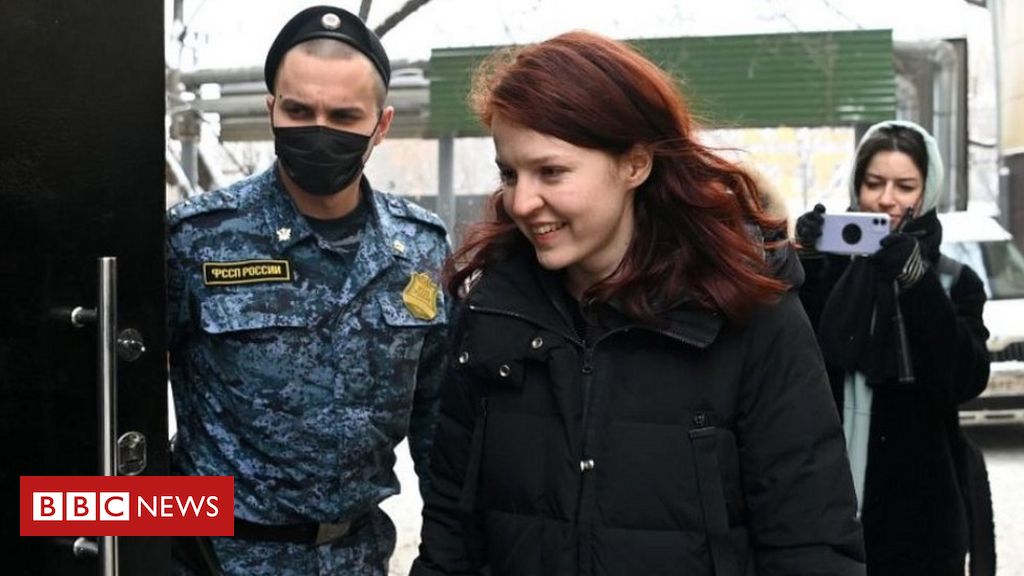 It’s kicking off, but who knows the result if any 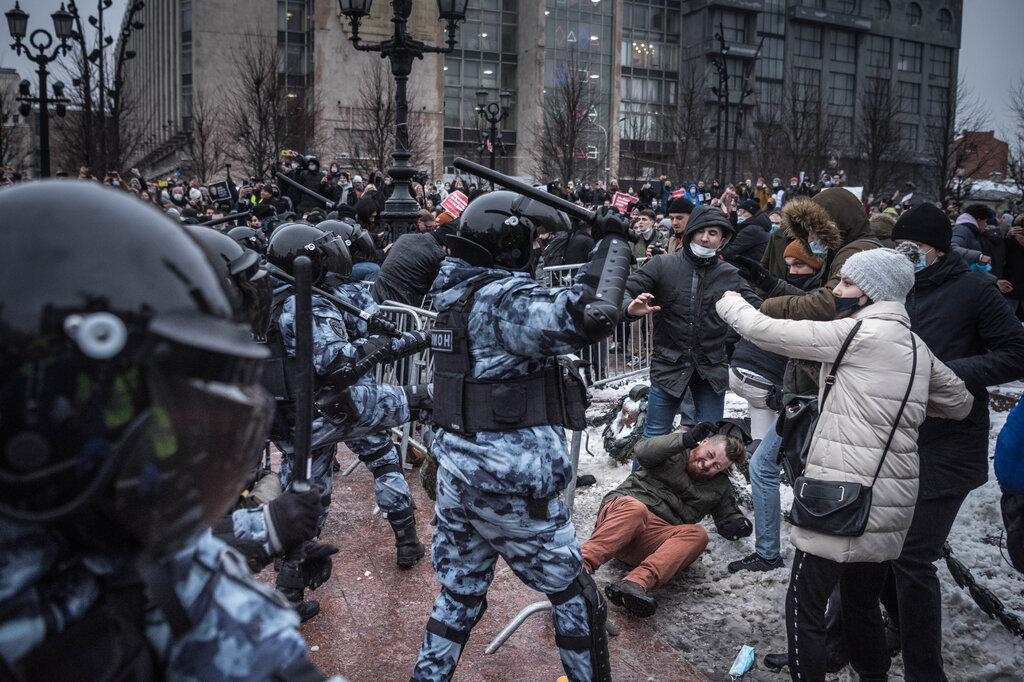 The poisoning and arrest of the opposition leader set off nationwide protests, beginning in the Far East, where people braved temperatures of minus 60 degrees. Thousands gathered in central Moscow, planning to march to the Kremlin as riot police...

I read this book on one of the summer breaks from high school, stopped at 3rd volume…check-out this movie https://www.imdb.com/title/tt0277327/releaseinfo, depicts escape from Syberia…

Thanks, will check it out.

I have a hard time wrapping my head around this book. The persecution in Soviet Union was in similarish to Nazi Germany. But somehow I see the Holocaust as having some kind of a logic to it. A really ■■■■■■ up logic but logic nevertheless. The Soviet persecution from 1918-1956, the reasons for which ordinary russians were sentenced to death or forced labor had zero logic to it. The author describes that for example the Communist Party’s local chapters had “quotas” of death sentences to be met. And it didn’t matter that ordinary citizens were pulled off the street and shot to meet the quota.
Or if a railroad engineer calculated that a train was too heavy for the rails, not only was the engineer sent to Siberia, but his colleagues as well.

I lived much of my adult life in the former USSR so this stuff particularly resonates with me. Will need to check out these books. Cheers folks👍

I recall reading that the Chinese government will pressure dissidents from abroad to return to China. Among the tactics include threatening the family who still live there. It’s very possible that this was also the case here - the Russian government may have targeted his family in Russia and pressured him to return.

He’s coming back to make a showdown. Navalny is all about this smoke. He’s chosen this moment to have a big faceoff. This is a big showdown that he wants, he’s shooting his shot right now.

well then, i wish him good luck

Yeah man, he’s definitely got a tall task. But he feels this is his destiny. Perhaps a few years too soon. But if he stays relevant and keeps attacking Putin, sometime in the next 5-10 years he will be in pole position to make a run at President. Putin is pushing 70, being a strongman country boss is not an old man’s game. But is he slipping now, this year? I don’t see evidence of this yet. Navalny is taking a deep three-pointer but it’s very interesting to watch. It seems like he’s trying to get jailed and his people jailed, to further bring the issue of freedom and reform into the hearts and minds of younger Russians. I think he’s fine with any outcomes from this, he’s taking the long view.

An ambitious third party could hit Navalny, let Putin take the blame and use the ensuing wave of protests to make his move to become the Tsar. That’s the Machavelli in me thinking.

Absolutely. Also Putin could hit him and frame an ambitious 3rd party with pre-arranged evidence. All bets are off! Like trying to peel an onion.

I think Putin has max. 10 years before some young gun shows him out. I don’t see Putin being able to retreat to a position as an aid/advisor to someone else. Also, despite being in power right now, the situation might change really quickly. Russia is a dog-eat-dog world. Letting someone else take power could easily mean a death sentence for Putin. And he will not allow it.
I predict that he will cling to power until his death. His family will live in exile in Europe after.