Asking for a raise

I’ve been working in PE ops for about 5 years now and I enjoy the work. I typically last around 2 years with a company then switch to a higher paying role. The usual jump in total comp is about 30% every switch. I typically get 2-3% annual raises when I don’t switch. By the time the annual review comes around in March next year I’ll have around 18 months experience in my current role. Here is my issue. Again I’m seeing opportunities to get a 30%+ jump in pay but I actually like my current company and supervisors and I feel I can potentially grow within. I’m trying to convince myself for the first time ever to instead of just switching companies, I should ask for a raise to bring me up to atleast within 10% of what is being listed out there. How should I go about this? Should I wait until the annual review 6 months from now? Should I have hope that they will see my hard work and just promote me and give me the jump in pay? My worry is that i’ll jump ship and hate the new role and people. I’d much rather stay put even if it means earning 5-10% less than if I switched

If you can actually get the 30% jump, always get the 30% jump. Don’t talk yourself into a lower pay. Don’t overthink it. Pushing the base up higher is everything. Early and often. The rest (relationships, saving the manatees, etc.) is details, best saved for later.

So if you actually have an offer in hand and are ready and willing to jump then you should go to your employer and say, hey, I love this place feel like I’m fitting in but I got approached for this position and it turned into an offer and I can’t justify giving up that much money to stay but wondered if there is anything on your end you can do to help keep me. If they won’t at least make a strong effort then that is a clear message of how they view you (take the new role, new start) if they do at least approach the new offer then you might stay. By staying you reduce upheaval and risks of new organization and adjustment and get longevity on your resume which can look good for future roles. Be aware this is a trick you can only really pull once without wearing out your welcome.

HOWEVER, if you sincerely feel the role you are at is better for experience and your goals than you would have in the other role, then I strongly suggest staying. If you feel staying is best then either don’t bring it up or think carefully on how to do it (this may very based on your relationship with your boss). I passed up a very large pay increase once to stay at a role (they did at least partially match but not nearly fully). I’m 100% sure in hindsight had I followed the money I would have went in that specific case to a dead end role for my career. By sticking to my guns and closer experience tied to my goals I was able to land a much larger role a few years later and with a much more cohesive resume to boot.

If you can actually get the 30% jump, always get the 30% jump. Don’t talk yourself into a lower pay. Don’t overthink it. Pushing the base up higher is everything. Early and often. The rest (relationships, saving the manatees, etc.) is details, best saved for later.

I don’t know, man. I learned a while back, “Never run from happiness.” Sure, you want to make as much $ as you can. But you like where you work and you like your co-workers. That’s hard to beat.
I would definitely stay in the current gig if it’s within 10% of the “other place”.

(For the record–I rarely disagree with DOW. He’s quite a bit smarter than I am. Not that it’s a very high bar, mind you. But this is one of the “rarelys”.)

ask the people that work there, if they love it? who knows maybe you’d love it too!

30% raise depends largely on the current base. 20k raise is a lot different than 60k, regardless of how much you’re making today.

Also, how many different companies have you worked for in the last 5 years? Job hopping too much is not a big concern these days, but the last 5 years have been boom times for PE and how important you are to the company can be affected by your tenure, which may be important if the pendulum swings the other way.

What is your endgame (controller, COO, CFO) and does this role move you closer to it?

That’s fair, man. Somebody even smarter than me once told me that the first 20 years of your career is about the money, and the last 20 years is about enjoying yourself and your craft.

If you spend your 20’s and 30’s looking exclusively for “fulfillment,” whatever that means, then you will have a high hurdle to climb later on. When I see a guy in his late 40’s or early 50’s applying for a job, and he’s still only pulling mid-100’s, I ask myself, why hasn’t this guy made it yet? It’s a stain that is not easily corrected. It ain’t magically falling from the sky at that point.

Now don’t get me wrong, ideally, you are both making money AND enjoying life. But if you can only have one, take the money while it’s there.

the concept of still working from late 40s to early 50s astounds me. by that age i would hope to be retired alreadu. i am expected to hit a net worth of 5m around 48 which should generate 500k in passive income.hell even if we adjust for 3% inflation per year, it would still be worth 3m today generating 300k.
anyways here is some golden advice at different age groups from alibaba’s jack ma: 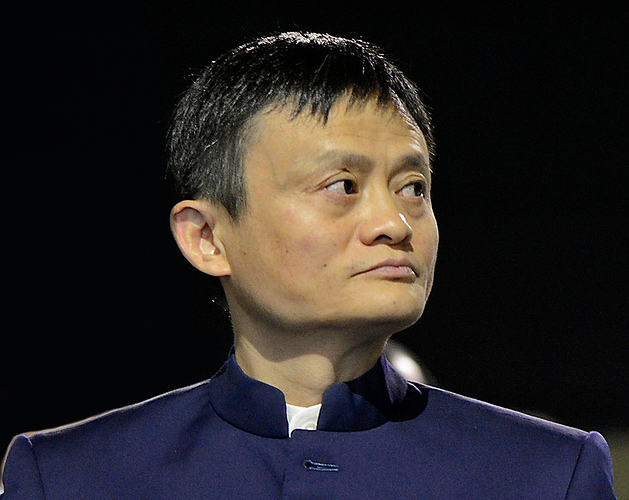 When he was 35 years old, Jack Ma was earning twenty dollars per month. Now he's a billionaire.


i think as you age and get richer, money becomes less important because your money will prolly outearn you!
Destroyer_of_Worlds August 26, 2020, 4:12pm #9

But Nery, at that research associate salary you’d really need to be a Jim Simons-level investor, in which case I would ask why you’re still a research associate and not the CIO if you’re that good, OR, you expect to have extremely low standards in retirement, like “Tiny House, Big Living” standards. Are you making wine out of water over there or are you moderating your expectations?

jim simons generates 40% CAGR net of fees. my assumed rate of return is 12.7%, which is arguably lofty when compared to the S&p 500’s 10% but very modest to the legendary medallion fund. i dont understand why you think its so outlandish. but i’ll give you the stats so you can run the numbers yourself. age 31. net worth 450k. 32k yearly savings. assumed rate of return 12.7%. Thats if everything stayed the same right now. so call it base case. anyhow this is the progression by age/nw:
36 1m
41 2m
44 3m
46 4m
48 5m

Your linear return progression assumptions are typical of someone too young to have actually invested through a real downturn.

i mean i can easily do a monte carlo. i have a model for that too. but we are talking about averages here. and its not the end of the world if i dont hit these numbers. i adjust them every month. based on my allocation, my annual budget, stock market performance etc, but i just gave as estimate using averages which imo is pretty appropriate when setting goals.

How much of that net worth is home equity?

mucho dinero. jk about 80k, so about 15 percent. i refied recently.

Does your Monte Carlo analysis account for a serially tail-reinforcing event, such as a dead decade for equities? Or does it squeeze such possibility into the bands which are discounted, and assume a nice clean Gaussian progression of returns for which only the first +/- 1 sigma are focused on? But oh, don’t worry, we’ve run it within the Gaussian framework 10,000 times so it is “robust?” It’s like filling a bathtub with a can of unmixed paint and telling everyone that you’ve painted the bathroom.

Why can’t we all just get along?

I don’t got beef. He doesn’t like my estimates and me personally. Lol. Dow whats the problem mang? I low key don’t understand whatever you’re saying but I’m pretty sure I’ll be rich no matter what.

No beef either, dude. I mean, I’m not benefiting if the quality of your analysis eventually progresses. As far as I’m concerned, I need people like you out there making such errors.

Dow is clearly right. Nerdy probably has the most lit snap chat of the forum (at least in his glory days) but he be making all these silly analysis errors. But it’s motivating him so keep it up!

Increasing your base 30 percent is legit, I’d definitely do it. But I’d want to try to make sure I’m happy at the new spot. Luckily if you are unhappy, you can switch again and that base will be sticky. And I’d definitely try the black swan route. Definitely prefer the knowing the work environment and getting paid vs risking a bad boss. My last job felt like the longest year of my life due to my boss. I’d take a pay cut to avoid that again!