Could anyone help me with the graphical explanation of the IS Curve in the Curriculum? 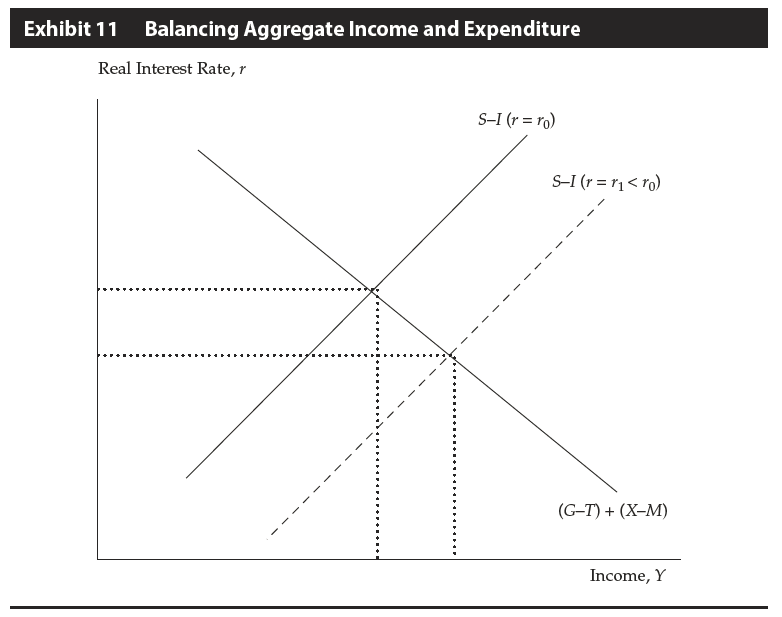 is curve782×617 8.84 KB
Recall IS Curve is based on the equation:
S-I=(G-T)+(X-M)
The graph above shows the 2 sides of the equation.
The question is: if the y-axis is represented by the real interest rate how is it possible that an increase in r shifts the S-I curve to the right? This increase in r should be a movement along the sme S-I curve. Another question: does each point of the S-I curve (the solid one for example) represent a constant value of S-I or in the same curve S-I varies?
Last question: The two equilibrium (the second one obtained by the shift of the S-I - dashed S-I line) occur at the same level of S-I (and so level of (G-T)+(X-M)) or a different level of S-I?

the equilibrium is at 2 different values of S-I …

Hi,
Digging up this topic because i’m going through the same torments

.
If interest rates decrease, why is it necessarly S - I that reacts (shift down to the left)? Why wouldn’t we keep it constant and rather shift (G-T) + (X-M)?

If interest rates decrease, why is it necessarly S - I that reacts (shift down to the left)?

It shifts down to the right. 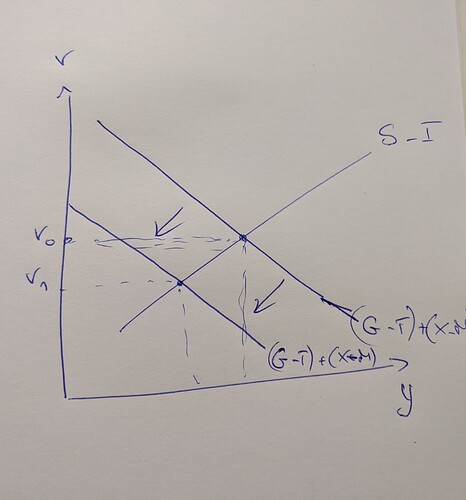 The assumption is that government spending, taxes, imports, and exports aren’t affected by interest rates. (Stupid, perhaps, but that’s the assumption.)

Thanks S2000magician, so much “AHAH” moments these days. Hope they will pay out.