(left to right bottom) - Wiley A, Wiley B, Wiley C, Ronen (chalk and board) 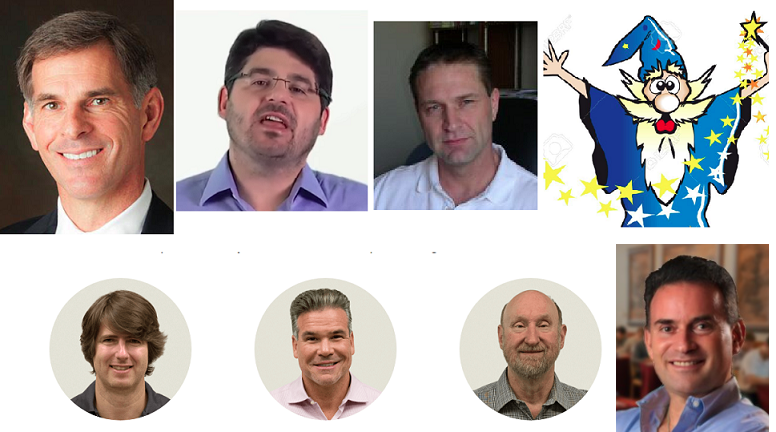 Okay I have some boredom today…

Asking me to rank a group of men in terms of attractiveness?..

First time I watched a video of Daren Degraf, I was like; he looks kinda cute, he was teaching ethic, it didn’t seem so ethical of me to make that comment! lol. On the other hand, I don’t like the old pic of Mark much, I think he looks more handsome with the grayish beard. But then I have a thing for older dudes and dudes with beards, so yea.

Asking me to rank a group of men in terms of attractiveness?..

Are you sure that you do not think Ronen is the most attractive? Come on!!

Why are there no females! Something I didn’t notice until now! So weird, but CFAI has mentioned before that the % females taking the CFA exam has been always significantly lower than the males, but that is has been on the rise! So it makes sense that there aren’t well known female instructors, will probably see some in the future!

Radagast the simple. The emissary of Yvana … Looks familiar