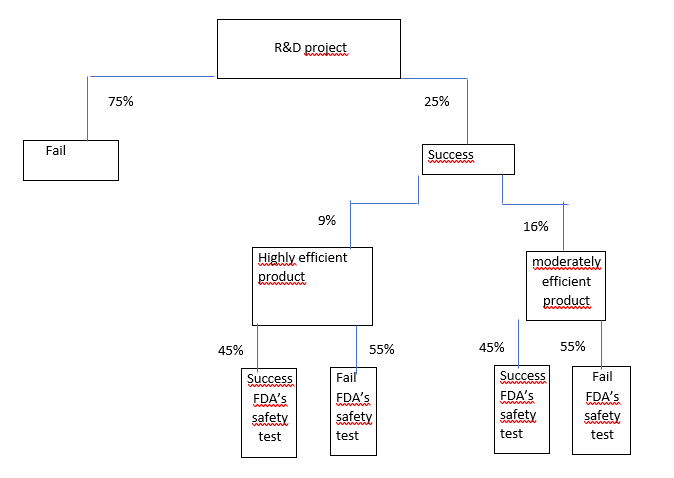 Good luck to everyone in the exam

First, there is no choice and we have to spend the money along any path regardless if it is profitable or not. We have to follow the path BACKWARDS.

Starting from the TOP of the tree, you get a cash flow of -55 million from years 3 on wards. This is a perpetuity. Recall from interest theory that the present value of this amount at time 2 (NOT 3) is -55/.1 million, or -550 million. If you combine with the cost of 250 million at time 2, your net cost at time 2 is -300 million (or, equivalently, your NPV at that time is 300 million).
To find the NPV at time 1, you have to take the present value of the expected amount you would get at time 2. Luckly, they gave you the probabilities to you, and the alternative path has an NPV of 0 at time 2 (since you won’t spend another 250 million if it doesn’t pass the FDA test).