"An FBI counterterrorism supervisor is the subject of an internal investigation after his gun was stolen following a night of drinking at a North Carolina hotel, officials said.

Robert Manson, a unit chief in the FBI’s international terrorism section, was staying at a Westin hotel in Charlotte, N.C., during training in July when his Glock .40-caliber handgun was stolen.

FBI agents, what lovable screwballs (?). Also, isn’t this basically what happened to CvM?

The FBI had an opening for an assassin. After all the background checks, interviews and testing were done, there were 3 finalists. For the final test, the FBI agents took one of the men to a large metal door and handed him a gun. ‘We must know that you will follow your instructions no matter what the circumstances.’

Inside the room you will find your wife sitting in a chair . . . Kill her!!’ The man said, ‘You can’t be serious. I could never shoot my wife.’ The agent said, ‘Then you’re not the right man for this job. Take your wife and go home.’

The second man was given the same instructions. He took the gun and went into the room. All was quiet for about 5 minutes. The man came out with tears in his eyes, ‘I tried, but I can’t kill my wife.’ The agent said, ‘You don’t have what it takes. Take your wife home.’

Finally, the last man was given the same instructions, to kill his wife. He took the gun and went into the room. Shots were heard, one after another. They heard screaming, crashing, banging on the walls. After a few minutes, all was quiet. The door opened slowly and there stood the man, wiping the sweat from his brow. ‘Some idiot loaded the gun with blanks’ he said. ‘I had to strangle the bitch to death’.

^this is the quality WC needs.

nice one bwyf. Sidenote- Wtf is the agent doing with a rolex? Thought those GS jobs didn’t pay anything?

nice one bwyf. Sidenote- Wtf is the agent doing with a rolex? Thought those GS jobs didn’t pay anything?

lol the GS discount is everywhere

How do you know he bought the Rolex? All that stuff FBI confiscates must go somewhere.

You know who gets the shaft when an officer loses their gun? This guy:

and the interesting part.
“Prosecution declined” 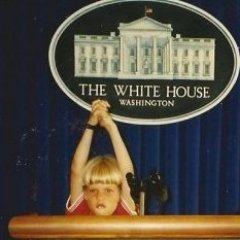 🚨ARE YOU KIDDING ME?!🚨 "Based on the SIA’s statements during the security interview, the OIG investigation concluded that the SIA had knowingly possessed child pornography, in violation of federal law and FBI policy. Prosecution of the SIA was declined." https://t.co/lmIDUVcCEk 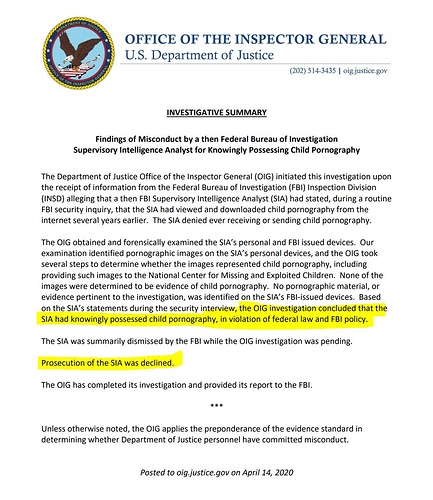 He was still fired for being an attempted pervert, and is probably on a list somewhere. Deep state denied.

I think I’ll rewatch The Wire.