Then, here is the result of the plot, and this graph just states “The graph below shows an IS curve”: 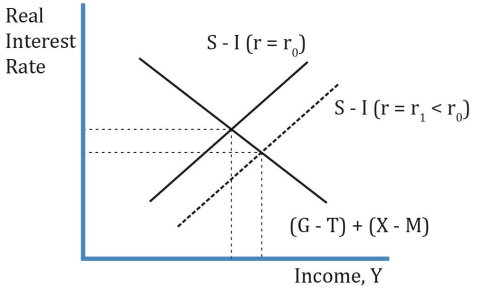 There isn’t an IS curve in that graph; that’s why you don’t see it.

To get the IS curve, you have to plot the equilibrium income values (where the (G − T) + (X − M) curve intersects each S − I curve) on the horizontal axis against the real interest rate (r0, r1, and so on) on the vertical axis.

Thanks S2000magician but i’m not sure i understood this part:

The above graph represents the dichotomy of either side of the IS equation before it is calculated along side the LM (Money Market) equation.