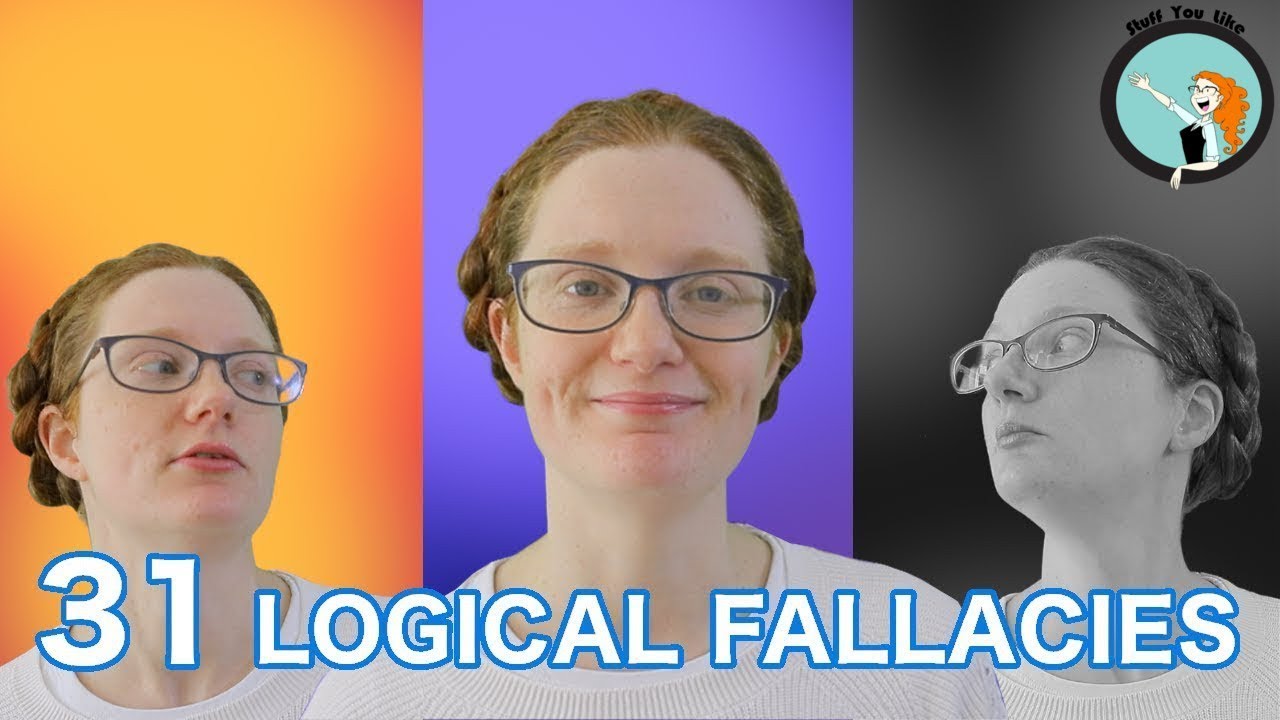 Thought of S2000 when I watched this.

It makes me think about how usage and acceptance of many of these fallacies is common practice in political discourse in areas like…well, like Midland, TX as a great example.

^ Not necessarily disagreeing with you, but I’m pretty sure it’s not limited to Midland, TX. We just happen to be pretty one-sided around here.

But yes–I showed it to a friend (who bleeds a really deep shade of red) and told him that if he looked closely, he’d be able to see most (if not all) of these in pretty much every political ad or meme ever. His response was something to the effect of “well, that’s what you get when you have damn liberals in office. We enlightened Republicans don’t stoop to such low tactics.”

Right, that’s why I said Midland was a great example. But not the only example.

In fact, in all seriousness since I was only kidding around before, I would argue that the systematic tendencies at work to increase polarization and partisanship everywhere means that we have these fallacies increasingly used by people in either party.

It can be an endless feedback loop. A degenerative, vicious cycle. Central to the problem is that we are trying as humans to apply logical reductionism to things that are feelings, not facts. This has always been a problem in politics but it used to at least be that there were sacred domains of objective truth that everyone understood were unassailable. The sky is blue. One billion is more than one million. And so on. Today, we have people disagreeing on what should be objective facts. As examples:

— We are all Americans at the end of the day, regardless of our politics.
— Everybody that wants to come here, work hard and do their duty as Americans should have a shot at the American Dream.
— Women and minorities should have a shot at success.
— If more money doesn’t go into the pot than comes out of it, it is difficult for mature economies to “magic growth math” their way out of the systematic deficit (if I used this logic in my household, it wouldn’t fly…”but honey, I’m CONVINCED my new business idea will be more lucrative than my current salaried gig…you’ll see!”).

It isn’t that hard to find people dying to disagree with the above points. To me, that is scary.

I could go on. But the point is that we have a problem where what constitutes objective facts isn’t agreed upon any more. The upward march of humanity has always been marked by a relentless search for true answers. The movements of the cosmos explained by calculus and relativity. The mysteries of the microscopic answered with quantum mechanics and germ medicine. Feeding or providing for X people with Y limited resources. Putting people on the moon and assembling a program for us to eventually reach other planets, for chrissakes.

If we can’t align our belief system Venn diagrams to some critical mass of overlap that everyone agrees is true, or reasonably expected to be true, humanity has a regressive problem that we might not be able to easily extricate ourselves from. I fear that world. I fear that world for my kid.

i hereby repeal all three laws in Thermodynamics! From now on energy on an isolated system shall increase ad infinitum.

^ Robert Kiyosaki used this when referring to derivatives. He said (correctly) that Warren Buffett said derivatives were “financial weapons of mass destruction”.

Then he went on to elaborate that stocks are “derivatives”, because they have no inherent value, but derive their value from the corporation. According to his logic, that’s why you should never own stocks. (Straight from WB’s mouth.).

I don’t know if this “equivocation” was intentional or not (I suspect it was), but it’s a good example.

stocks are “derivatives”, because they have no inherent value, but derive their value from the corporation.

this also seems like circular logic, since the price of stocks is a key information to determine the Market Capitalization of a corporation.

Bazillions of good examples of these have been flying around on LinkedIn since well before the US election, and they continue (and likely will for at least months to come). I try my best to stop them, but the tide is too great.

i tok a philosophy class on this. and one of the though provoking ideas was the question between absolute truth and relative truth. imo all truth is relative. i’ve always believe that everyone’s truth will differ based on how they grew up. but the professor mentioned something about a hot chick and said wouldnt we all agree that she is beautiful. and the whole class agreed. and much like absolute beauty, there is also absolute truth. and what he said made sense.
until i went to a cultural ahtropology class and found some cultures valuing a bunch of uggos.

I think you’ve got the wrong definition of absolute truth. Beauty is in the eye of the beholder, therefore it’s relative. Facts are absolute.

this means that if you run a program with the code.
if (2 + 2)
{//do something}
the code will read 2+2, interpret it as true (since it doesn’t evaluate to zero), and execute the code

edit: for some reason, it won’t let me write using the static_cast syntax

Sure, but this is an argument in semantics. SportBiker means whole number integer-wise, 2+2 = 4 under all conditions. This is a standard combinatorics approach that humans inherently all agree on, whether we know it or not, when bringing up an addition example as an example of objective truth.

my point is that, as written, 2 + 2 can be interpreted differently.
now, if instead, he wrote
under the rules of algebra, taking + to mean “standard addition”, and assuming we are calculating in base 10, then 2 + 2 = 4
then yea, it would be difficult to interpret it in a way that makes it false.

You’re being pedantic. I thought we had gotten over that with BS’s disappearance.

under the rules of algebra

More specifically, within the:

Wow.
This thread has taken AF to a whole new nerd level.