What gives? Is counterfieting that bad? This is like the 4th change since 2000.

The newly redesigned $100 note will go into circulation on Oct. 8, the Federal Reserve said Wednesday, following several years of delays. 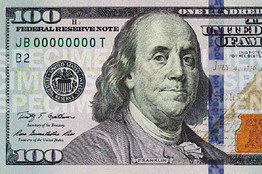 The bill incorporates new security features–including a blue, three-dimensional ribbon–that will make it more difficult for counterfeiters to replicate, the Fed said.

The new design was originally unveiled in 2010 but faced production delays after the ribbon was creasing the sheets of paper as it went through the printing press. The Treasury Department ‘s Bureau of Engraving and Printing suspended production to fix the problem, and started again in 2011.

The Fed’s 12 regional banks distribute and receive paper money and coins through banks, based on public demand.

So, is the current $100 bill like the movies where they have those $100 metal “plates” (template things) that go into the printing press and you can print money?