Whose idea was this dumpster fire? Peyton is a semi decent announcer, but I’d rather hear a cat claw a chalkboard than Eli talk about … Well, anything. It’s to the point I’m about to turn the game off and go walk around the hotel lobby with a bottle of Jameson.

You could be listening to Howard Cosell. 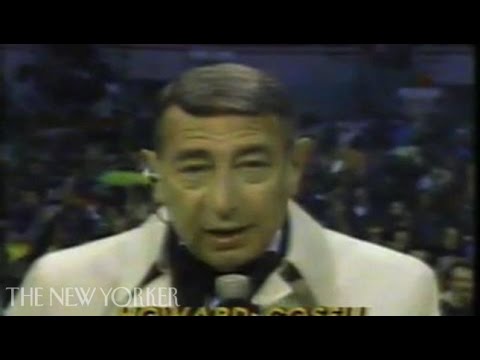 His deadpan tone has more character than Eli’s mind, body, and spirit

I hate hearing the color commentators, whoever they are.

“That was a bad time to throw an interception!”

As opposed, apparently, to all of the good times to throw one.

Football needs its own Vin Scully.

Bottle of Jameson never hurt nobody. You know your next move.