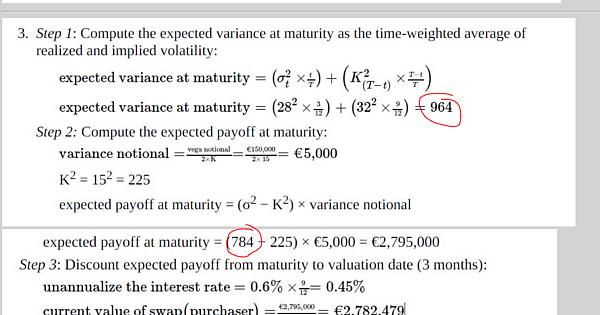 the expected payoff at maturity of a variance swap is

expected variance is 964 as calculated, so i am assuming it’s a typo?

Just need a sanity check thanks.

I suggest that you report it to CFA Institute.

Unfortunately, they have a cumbersome system for doing that: here.