started with the topping! now we here! Pizza discussion!

^^^you mean the best ones? Perhaps greeks are Italian but certainly not the other way around.

dont want to hijack the subject so back to pizza

americans are the best. this is known

and of course nuclear weapons.

^ Sweet Christmas, no can do. I draw the line on this one.

Seriously though, it is hard to beat just a simple Neapolitan style pizza with sauce, basil and fresh mozzarella or maybe burrata. NY pizza is better than the rest of America’s, but those Italians just sit and eat good foods all the time.

you know what’s up. dont let the greeks fool you with their fake pizzas or knowledge of history, the italians are the first to invent everything and are the best when it comes to food.

I’ve seen enough Greek letters during my math education to decipher this!!!

its missing another layer of cheese and then bacon

its missing another layer of cheese and then bacon

It needs more oil. You know, for freedom.

yep plus this looks tiny. how european

The Big Lou 42 at Big Lou’s Pizza is the only pizza I’ll eat. 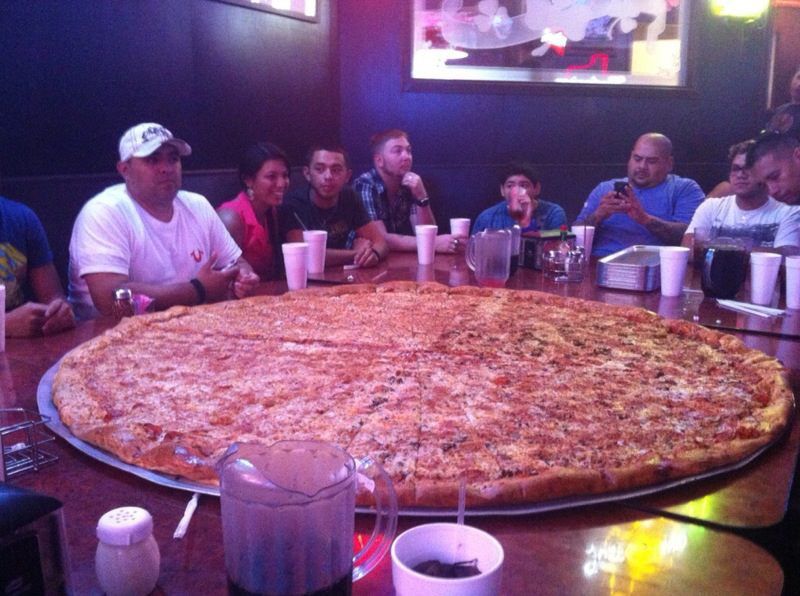 I love pizza and could eat it every day. I’m pretty open to all kinds although pineapple on pizza is plain wrong and the chicago abomination shouldn’t even be allowed to be called pizza.

Italian pizza is amazing but only in the south. Don’t be going to Rome or above and expecting good pizza, it’s like going to Texas and ordering poutine. I don’t even mind the Italian vibe of eating it with a fork and knife but I don’t get why they’re so strongly against chicken on it.

Dominoes and the like are all garbage although in fairness the last time I had one of those was in the UK about 15 years ago so they might have got better.

Sal’s is awful. Got a pizza there once when I was hammered and didn’t finish it, that is not a good sign.

The one odd pizza experience I had was at Pizzeria Uno in Chicago. This was my first time having Chicago deep dish pizza: the crust was on the flaky side (like a pastry shell), rather than doughy. I’ve had Lou Malnati’s since, and I much prefer it.

Lou’s is the way to go. I pains me to see people only try Uno’s or even Giordano’s and have that be their impression of Chicago pizza. There’s so much better out there.

I was in Chicago last month for a meeting and we ordered in Lou’s!!!