Stay in the kitchen cookin' up, got your own bread Heart full of equity, you're an asset! Whose got the best balance sheets!?

Make sure that you don’t need no mentions
Yeah, these are my only intentions 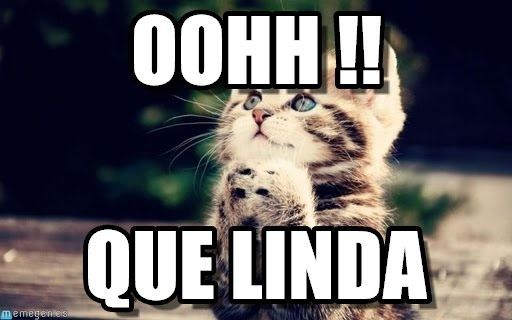 Is it good or bad to have absolutely zero debt when interest rates are zero? Anyways I think my balance sheet looks pretty good. I’m very antifragile. No debt, very small recurring outflows and large inflows compared to outflows and a pretty stable career outlook.

I need to update my chart, but I’ve been doing pretty well. Have you guys ever heard of emergency funds? It’s this thing my boss told me about, think he started it. You just take your spare money and don’t spend it in case you need it later. You should have enough to cover your living expenses for the rest of your life. What I do with my e-fund is buy little bits of hundreds of different cryptocoins so that if one hits I’ll be way ahead. It also makes it harder to transfer, so I’m less likely to spend on frivolity. 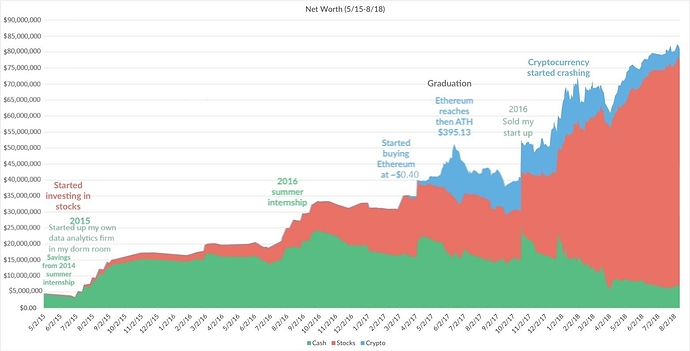 dang. so your data analytics firm was making 5m every 3 months? that cant be usd right?
also i dont mean net worth. i mean like actual stocks. lol. who has th ebest balance sheets.
its ok to have 0 debt. its better to have debt though. i just closed on a cash out 30 year refinance fixed at 3.3%, thats literally 2.1% after tax. I am flush with cash. i need this market to crash now so i can literally bet my house.

How similar is my personal balance sheet to my individual net worth? I.E., are we including home equity/mortgage debt.

I read an interesting article yesterday about how low interest rates have gotten older and older Americans to frequently refinance mortgages and extract some equity, leading to very low equity balances relative to the 1970s and 80s. Should be interesting to see if that has any affect on the housing market and generational wealth over the next decade or two

lol yea. this real estate market is going to crash. i just didnt want to sel cuz of the gainsl. i pulled out 75% equity cuz my shits a condo, paid off my original balance and home equity loan. paid 7k in closing costs and points. i figured im never going to refi again after this. i kept 50k for myself. and now im going to do another home equity loan with discover at 4%. i’ll try to pull out as much as i can this time too. like to the max.
im goign to be liquid af. any dollar i invest now is on margin essentially! also im ready to be laid off as well. but would prefer to keep my job and lever up some more! i missed out last go around cuz i was uneducated of it all. leverage is key!

I’m waiting to refi until rates go negative. Anybody got the inside scoop on when Jyske will be opening a US branch?

yea i know what you mean. with all the fishy ■■■■ the fed is doing im pretty sure rates will go lower. but im more worried than real estate prices crash faster. so i figured lowest rate in history ■■■■ it. i’ll take it. if they go lower then i missed on a few bps but at least i extracted the value out.
if u talk to any mortgage broker theyd tell you, that mortgage rates are going crazy right now. everybody trying to refinance. once it dies down, im sure rates will be lower! prices just might not be where they are! and ur access to credit might be gone too! its a tricky game!

Lots of good beat up companies out there with strong balance sheets.

A few Canadian names I’ve been chipping at: BMO, Telus, and Cenvous Energy.

Energy sector has been particularly hammered. As well have the banks, probably with good reason though. BMO is Canada’s oldest bank… has never cut it’s dividend and has healthy capital ratios. Telecommunications is attractive for obvious reasons right now, and good ol Canada doesn’t allow US competition in our telecom market so there’s basically 3 players in the industry who dominate.

I agree with this. Leverage at the right time will have a substantial impact on long term net worth. Zero debt is for the poor.

Been slowly leveraging into this market and feel very comfortable picking up 5%+ yields on some high quality companies. Could go lower for sure, but It’s time like this that you just grin and bear it, and wait for the payoff.

quick update on mortgages. i was talking to bitcoin cuz he just got to refiannce his ■■■■. got out 750k at a 3.3% rate on primary residence. anyways he was telling me his hosue was appraised for a million. and i was shocked and couldnt believe that appraiers were still this stupid. he has 2 more apt complexes that was in the process, bigger fish prolly could pull out like 2m. anyways i just found heard some pretty distrubing news from another friend that he tried to refi and cash out as well with same big national bank. and apparently a new company policy is in place just this week where they are no longer allowing cash out unless you have a current mortgage with them. the banks are starting to wise up.

Yeah the whole appraisal world is horse ■■■■. I’m convinced some snot nosed kid out of high school could do the exact same job… it’s solely based on the sales comparison approach. You’re all good until your Neighbor dumps his house at a discount. They don’t take market expectations into account at all.

Not surprised that the banks don’t want to be in second position. I can’t understand the housing bulls at this juncture. US just lost more jobs in the last 4 weeks than they did during the entire 08/09 recession. Once the economy turns back on it’s not going to be 1:1 lay-off/rehire situation.

to be fair. im hearing that you can get more money unemployed than workign with cut hours. im all for giving out stimulus. but to pay them more to stay home. this govt is stupid af. also this sba ppp loan thing is the most bs thing ive heard. they are giving more money to business people then poor people.

Agree, but this generally applies to low income earners who likely are not homeowners. In Canada the max monthly payment is 2k… I think it’s somewhere around 1200 in the US. Hardly enough to cover a single mortgage payment.

I’d guess the majority of the 5m or so who lost their jobs this past week were in the lower brackets, but the longer this drags on the greater the chance high income earnings are let go to curb costs. I’ve been hearing that some of the major accounting firms are already beginning to cut… these folks will need more than a few grand a month to make ends meet, even with a mortgage payment deferral for 6 months. The cold truth is that most people, even top income earners have little to no savings. It’s sad really.

Totally agree that the money being thrown around now is getting out of hand. I’m sure there’s a collection of people taking advantage. They’ll all be even further up the creek when they have to pay it all back next tax season when it’s clear they weren’t entitled in the first place.

i helped bitcoin with ppp. he just got 60k. absolutely doesnt need it. that dude has millions and no debt in his commercial real estate though his business is shut down. imo better the money go to ppl i know than other disgusting schmucks out there. the guidelines for ppp are very broad. this was meant to be given in a very stupid manner. you just have to be affected by covid, which is pretty much everyone. 2.5 times your monthly payroll. pay 75% to payroll. so you pocket 25% for yourself. thats all you need to do to turn it to a grant.
anyways poor public policy allows people like him to get the money which is another sign of weak public policy. and this isnt just a trump issue. this has bi-partisan support. it makes sense for republicans. but the democrats are beyond stupid for supporting this.
as for unemployment. there is no way this will be v shaped. there is a credit crisis brewing. fed is printing money to keep rates from going full retard. but with the amt of unemployment out there. ppl wont find jobs right away. ppl wont be spendign much right away either. everyone will be cautious. the federal reserve can buy as much ■■■■ they want. if ppl dont work, and dont spend. then there will be no recovery. i commend the govt for the stimulus no matter how stupid it is with how they spend it.
la is going to be a bloodbath. 65% are renters. and 65% dont have $500 of emergency money. eviction process will prolly take 6 months minimum. these landlords are abotu to get bent over. i think last crisis they did loan modifications for ppl at need. but everyone’s at need now. and everybody got debt. when rates are low, ppl behave poorly. ppl argued to overpay just cuz of low rates and rising rent. cant say i blame them. this is really the fed’s fault for being too accomodative for too long.

Came up made a milly

Spent it on a rolly

I need to update my chart, but I’ve been doing pretty well. Have you guys ever heard of emergency funds? It’s this thing my boss told me about, think he started it. You just take your spare money and don’t spend it in case you need it later. You should have enough to cover your living expenses for the rest of your life. What I do with my e-fund is buy little bits of hundreds of different cryptocoins so that if one hits I’ll be way ahead. It also makes it harder to transfer, so I’m less likely to spend on frivolity.

If I had a share of Amazon for every time I saw that graph get posted, that’d be my net worth.