i just saw the silliest article on cnbc, that seem so out of place. 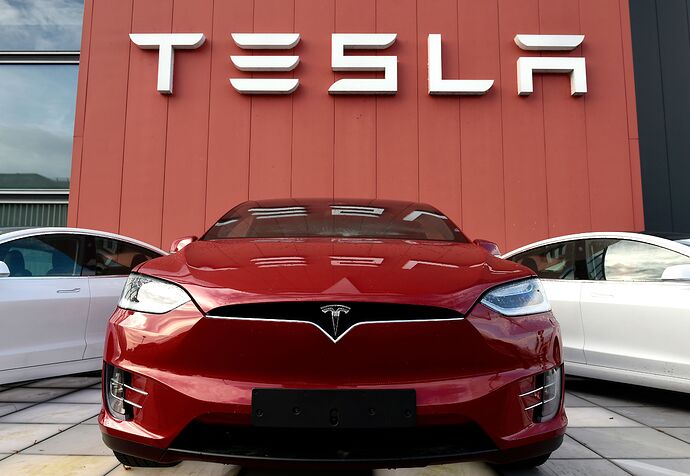 Americans are buying Teslas, not EVs, but experts say that's about to change

An influx of EVs — from a couple dozen today to estimates of hundred by 2025 — are expected to eat away at Tesla's market share over time.

do these experts actually think most care about ev?
i dont care about ev or the environmnent.
i want a tesla because its cool. its a tech product with additional features like self driving and an ipad that controls the car.
lol they think these automakers coming with their ev products is going to change the game. how silly.

Whether or not you care about the environment is irrelevant to what any given cohort of consumers values. I agree this article is stupid, but for a different reason than you. In the article: 2021 EV sales are 4%, 2030 median projections (I expect these are low, as forecasters typically anchor too much to history) are for 34%. Tesla is expected to account for 56% of the 4% EV market share in 2021, about 2% of overall market share. Some of this drop from 2020 could be from difficulty meeting demand. There is a long wait time for most Teslas. In 2030, if the median projection of 34% is correct then with 20% of the market (down from the 56% projection this year), Tesla would have more than tripled its share of the overall market share to 7%. I’m not sure what this article is trying to say, but this is a relatively simple business case where an innovative company develops a new market with a premium product and market share shrinks as the overall market grows. Seemed to work for the iPhone (remember when everyone was talking about the death of the iPhone some time ago…I’ll have to bump that thread).

Also, I own a Tesla. I don’t own the stock, though.

would you trade your tesla for another ev of similar price?
whyd you buy the tesla?
pesonally tesla is the new measure of success. it was the beamer or benz before. their time has come and gone. tesla is the new lux car.
its kinda funny though. czu i hear the car quality of tesla is trash. and all you pay for is an ipad in car. but thats the whole point. you buy tesla because of the brand around it as a tech product.
other cars cant compete.
also what do you mean by apple?

tesla is def not the new lux car

Tesla Passes Audi To Become Fourth-Largest Luxury Brand In U.S..
Tesla calls its cars “premium,” since they’re more expensive than most competing vehicles and arguably more “premium” than many mainstream, non-luxury cars. Nonetheless, Tesla’s cars are lumped into the luxury category by automotive reviewing websites, as well as almost all automotive rankings and awards.

Despite the fact that Tesla’s cars aren’t nearly as nice inside as cars made by German luxury brands, Tesla is making big waves in the segment on our shores. In fact, Tesla just passed Audi as the fourth-largest luxury car brand in the U.S. based on 2020 registration data. While Tesla is still behind the top three luxury automakers in the States, it doesn’t have too far to go to catch up and surpass its rivals.

Tesla is still very far ahead of other carmakers from what I’ve seen. The driver interfaces and voice recognition on other cars seem outdated for the most part. From a straight acceleration perspective, the BMW M340i ($63k) has a 60 time of 4.1 compared to 3.1 for the Tesla Model 3 Performance ($53k).

I drove a 5 series for a long time. Tesla is just light years ahead and they don’t have the long supply chain with the OEMs, so they can implement changes more rapidly. Maybe that will change and I’m not really a car guy, just somebody who recently shopped for cars and this was the result.

I really didn’t rate Teslas until I got in one. Interior is simple but Jesus do those cars accelerate at an awesome rate. Seriously, got to try it, it’s like sitting on the Rockin Rollercoaster at Universal.
Stock price is a joke but the car is impressive, there is certainly a touch of class about them which anyone with a slight ego and some coin is all over.
I really hope we see Teslas disrupt the yummy mummy movement, get rid of all these oversized 4x4 range rovers in the school car parks, back to a nice normal sized car that does the driving

consumer reports would agree with your decision. the people who buy tesla love it. i think porsche is the only brand that has the same loyalty. im also not a car guy. im just a stat ■■■■■.

right so tesla is till not at the luxury level as a benz or bmw or even a lexus lol.

lol thats hilarious igor. how many s classes does mercedes sell? now tell me how many c class and e class they sell. numbers matter. 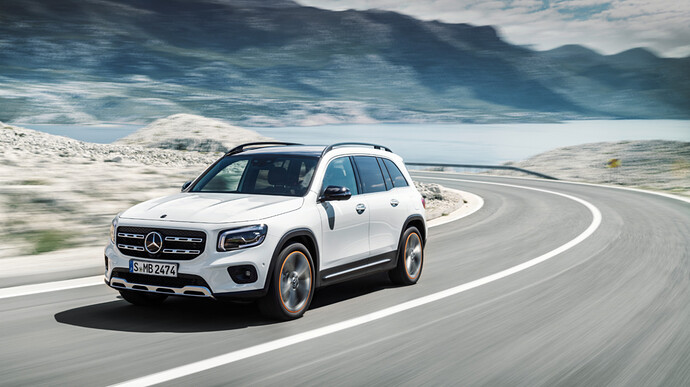 In 2020, Mercedes-Benz passenger vehicle sales in the USA contracted by 14% to 275,000 cars with the GLC and GLE the top-selling models.

anyways model 3 is outselling c and e class. the drop in sales for both is out of this world. tesla is taking market share.

teslas are for ppl who cant afford luxury or for the fan boys.

C class is not luxury LMAO - well maybe for nerdy

i personally would choose an s class over a 7 series. its the same price. anyways you are entitled to your opinion. i just think you are wrong. i would consider c class luxury still. but again i drive an e class. lol