The single, the most astonishing thing that you have witnessed in finance

What’s the single, the most astonishing thing that you have witnessed in finance?
Go.

Mine’s this. I sat in a valuation committee meeting and there was a typo in the ppt presentation. The discount rate was like 15% instead of 1,5%. So the valuation was also way off. The guy giving the presentation noticed it and gave a little chuckle and said that he’ll fix it right after the meeting. That’s when I heard a junior asset manager whisper to another junior AM sitting next to him “what’s the impact of the discount rate? Does the value of the asset go up or down when discount rate decreases?” He was dead serious. I still don’t understand how he had ever gotten the job.

I remember A very famous research guy with a lot of rich subscribers in an interview got a bit too excited to discover the inverse relationship between rates and bond prices. I was astonished how retarded the guy was given how famous he was to the investment community.

A bunch of unemployed redditors cost some hedge funds over $6b by short-squeezing a nearly-bankrupt company.

After looking at screenshots of these users, wonder how these unemployed people have got several thousands of money to invest, and making millions.

Bitcoin to be honest. Amazing how it came about and grew.

Older, but still astonishes me that some network executive dingleberry felt that this mouth-breather would make a good host of a financial news program: 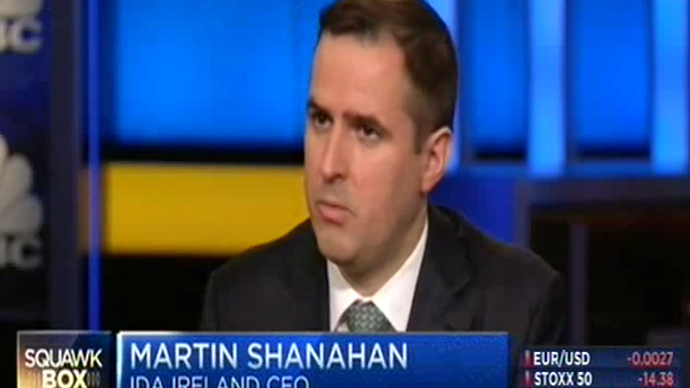 People who were older than I was writing CFA exams!!! And trust me, I was not a spring chicken when I wrote!!!

How so many people have a hard time understanding that a stock’s price reflects markets’ expectations about the future of the stock. I follow quite a few investment forums such as WC and I see even pretty experienced people posting news articles about a company’s situation followed by a comment about how it will affect the price of the stock.
That guy in the other thread thinking about going full retard on that one stock because of a positive youtube video is a case in point.

How so many people have a hard time understanding that a stock’s price reflects markets’ expectations about the future of the stock.

Where would one start? I worked in subprime.

American finance is a criminal industry, CFA is training for wanna-be criminals.

I heard a CFO of a large company, addressing a group of non-finance people, condescendingly define EBITDA as Earnings Before Income Taxes Depreciation and Amortization. This occurred three times in multiple quarterly addresses. It was not a slip of the tongue.

He was later fired.

Also I’ve seen clients pay 10’s of thousands of dollars in quarterly fees to keep zombie fund reporting going. All it would take is maybe 1-2 days of work to close this fund out (final liquidation) and save the client around 100k a year. It gets to me a bit when we bring it up and they just put it off…

Not sure if that’s the case here, but many funds especially PE funds have legal reasons for keep these funds open.

What types of funds are these? If there is no active secondary market, you could argue that the GP is doing the LPs a disservice by entering into a forced liquidation at fire sale prices. Better to wait and see if an opportunity for a secondary buyout arises.

A 700 mUSD project getting financing while the company has almost zero equity. Crazy times!

It was the fact that he doubled down on his stupidity on national television that made it even more cringeworthy. He should have recognized he was wrong, saved face with an “oh yeah, duh” comment and moved on. Instead he’s grilling this poor guy, who does not control which currency his country uses, about why the country uses that particular currency.

Yeah that was a low point. Discredited himself.

A 700 mUSD project getting financing while the company has almost zero equity. Crazy times!

Tell them I need financing too.

I second this. Pretty easy to spot why BTC fails as a currency (too slow, too volatile, not enough of it / could trigger hyper deflation, etc…), has near endless competitors, and very little practical use (maybe it could fill the non-commercial / investment portions of gold, but then what’s stopping something else coming along and replacing BTC?). Despite this, it soldiers on and the only way I have been able to rationalize it is that BTC is a religion. (Bitcoin is the first true religion of the 21st century? - Daily Fintech)