what in the world. you cant make this story up.

Lol read about this “couple” a while back, didn’t think the guy would do this. Crazy world we live in.

Regardless of the details, the deaths are just very tragic. Small children especially, I know in theory all lives are equal but to me that’s much worse. 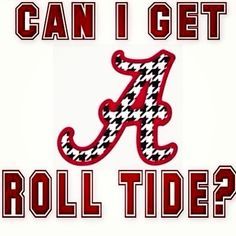 There’s a weird phenomenon at play here called genetic sexual attraction. It’s fascinating and more common than people think. Basically, it’s when two close blood relatives meet each other for the first time when they’re adults. This case is pretty typical (well, until the killing started). The mom puts the kid up for adoption, 18 years later the (now adult) kid searches for his/her bio family. Finds a long lost mom/dad/brother/sister and they start making up for old times and gradually incorporate this new family member into their own family. After a bit, they realize they love each other but don’t have that icky feeling most people do towards close family members since they didn’t grow up with them. Then they bone.

There are really rare cases of genetically related family members accidentally getting married to each other. Essentially the same thing as above but it’s normally a brother and sister that never knew the other existed and - by chance or weird cosmic juju - they meet and fall in love. Then when they have a baby with seven gonads the doctor runs some genetic tests only to find out the parents are closely related. Depending on the country/state, they may even face jail time even though they had no idea. From what I’ve read, though, most are let off the hook since, you know, unwittingly boning your mom is probably punishment enough.

Hope you all learned something today.

So uh stl, you seem to know a lot about this phenomenon. How’d you meet your wife again?

So uh stl, you seem to know a lot about this phenomenon. How’d you meet your wife again?

There are really rare cases of genetically related family members accidentally getting married to each other.

Is the same as with same sex couples where when they find out then they have to get a divorce (except in certain states)?

its like that oedipus complex right. you marry the chick that has similarities with your mama. it doesnt even have to be genetic. lets disgust!

Is a thing, apparently.