When you're at work but not actually working

…what are you doing?

I’m trying to find an efficient way to navigate my state’s cluster foxtrot of a parcel ID and mapping system.

I wfh. Tiktok is a great way to waste time when on the go. Reddit too.

What are you talking about?

If you’re the kid that just got let go from my team after contributing essentially nothing for half a year, wasting weeks and not getting ■■■■ done, apparently the answer is spending half your day on your phone in a conference room, getting in late every day and leaving early, and leaving before the end of the day to go to music shows. My boss and I never knew the extent of it because we both work in different states than the office he has been in.

Before anyone asks how he got in, he was a 4.0 gpa former student athlete who interviewed well and faked interest, and had prior finance experience and must have lied about his actual past work, because he passed along a report which looked good that he said he contributed significantly to, which was clearly above his ability level in retrospect.

Another former guy - my boss had us send in what we got done in a day after the guy was having low output. Apparently he spent one day doing nothing but organizing his desk.

I work from home so when I dont wanna work, I take a walk around the block since I live next to the ocean. Or I take a hike, or get a coffee, or play a video game on another computer. Got a new laptop with a 3080 recently and have been playing RDR2 and cyberpunk and some other stuff. And yes, I do get a lot of work done, and am available when I need to be.

Remote work has opened up a new quandary of how to reasonably measure productivity. When the cat’s away, the mice will play, so to speak. But now we know the birdman doesn’t.

I have set hours when I’m supposed to be available. Unfortunately they are organized around the middle of the day, when lethargy is setting in and I’d rather go for a walk. If the company phone was set up with even mediocre Teams functionality, that would be perfect.

Ya, my boss and my productivity has been pretty good while weve done the wfh. We moved to a new firm (sell side research) within the last year. Had the fastest time to coverage of any analyst team in our new company’s history, got out some major reports, and got to a more or less full load of stocks within just over half a year. I feel its all about pacing yourself. Take plenty of breaks but get ■■■■ done when it needs to be done.

At the last firm we were at, I had 5 days in the first year where I didnt work. My boss and I were thought to practically live in our office, we were there so much. We got a lot of ■■■■ done, but I am still getting more done at home, while taking more breaks. Its easier to be more productive if someone isnt watching over your shoulder and you dont have to worry about getting up super early to get in the office and ■■■■.

Do you ever have an existential crisis while writing reports? Sometimes when I’m polishing a long one and fleshing out my source material, I think to myself, “Self, only 4 people are going to read this, and only 2 of them care about its contents. Why are you doing this to yourself?”

This is the great conundrum of analytical work. The benchmark you should focus on to make yourself feel better is the pay. If the pay is low and you’re thinking that, get out. If high, it doesn’t matter who sees your TPS report, let’s be real.

You could envision a 2x2 matrix with “pay” on one axis and “glory” on the other one. If you’re in the “High/High” quadrant, nirvana. If you’re in the “Low/Low” quadrant, quit immediately. The other two quadrants are essentially career holding pattern positions until a High/High materializes…if it ever does.

In the meanwhile, surf internet/shop/do errands/post on AF for several hours per day if possible. I mean, I don’t, but that’s because I’m a High/High guy.

Not when it comes to the reports I write, no. First of all most of our notes get good traction with hundreds of email opens. Our larger reports are generally in the triple digits of downloads, and we often send PDFs of major reports to industry people via email, so while there may only be a few dozen people who read our stuff cover to cover (or less, some of our reports have been hundreds of pages long), we have been well regarded for our work. The senior analyst I work with has been on CNBC for some of the work we’ve done.

But more importantly, I do feel that this is giving me the experience that will get me closer to my goal of running an investment firm. So long as I feel I’m on the path and making progress, it doesn’t bother me. I have put up with a lot worse in my career. I spent years struggling to even get into the industry, unemployed or severely underemployed. So this is really not that bad at all. Questioning it as an existential crisis because it may not get a sufficient number of views is a major first world problem.

Also, it’s work that I’m being paid for. Its a job at the end of the day. You show up and do the work to the best of your ability and they give you money. Thats the deal and you shouldn’t worry too much about trying to assign all your personal value to your work. Work to live, not necessarily live to work.

I do agree with Destroyer_of_Worlds, that the glory is important, and if you’re privileged enough to get to a place in life where you have the ability to do substantial things with your life, then after you take care of yourself and your family, then you should try to do something that you feel is meaningful as well. So you should be finding a path to walk, then make sure you’re staying on the path. That can be personal satisfaction from achievement, donating money to worthy causes, or anything that you determine to be worthy, really.

"“He who has a why to live for can bear almost any how.”

Despite how I worded my response yesterday, I’m not really interested in glory. I’d just like my work to be meaningful. That hasn’t been the case in a long time, though.

Growing up is basically the process of your losing your love for the world and the mystique of it. Find a hobby, focus on your family, or find something more meaningful to do in case you’re worried that youll look back on your life with regret.

How high are you DOW?

But come on guys, life’s worth enjoying. It’s pretty neat all this living stuff.

We’re talking the upper, uppermost, most northeast quadrant location on my 2x2. Breaking the boundary of the matrix, honestly.

SportBiker, I only align myself with the best, the VERY best, colleagues and AF forum-posters. The best at what they do, you know…real professionals. People, they come to me and they say, “Destroyer, how do you pick them so right? How can you be so consistently excellent at everything you do?” I’m serious. But I’m not going to lie, the 30 seconds it took to post this just cost me about $1,300 in opportunity cost. You’re welcome.

Yeah impressive DOW but do you have a platinum level analyst forum member account?

Shame if not, but I imagine it’s a little more than you can afford pal. 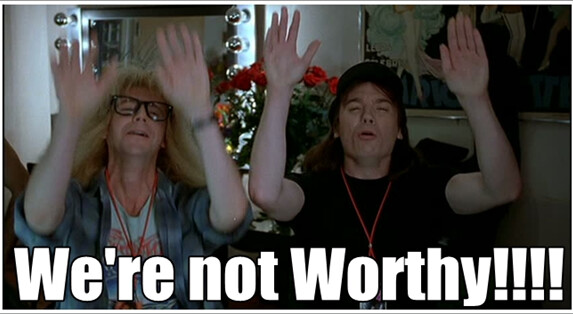 The lack of platinum status is, I’m afraid, one of my life’s greatest failings. 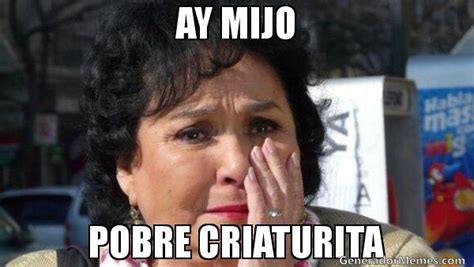