Why did everyone bomb FRA this time?

So if you look at the detailed results, the 90th percentile score in FRA is even below the 70% line, which means literally no one did well in FRA.

Were there traps or something, because its pretty much something if even the top 10% of candidates couldn’t score above 70%!

It was poorly written; I remember flipping back and forth between pages saying “what are they even asking?”

Like if there were four different companies named in it, three of them subsidiaries of another company, all with foreign sounding names, saying translate this line item using X method…

I did well in FRA (can’t say the same for Ethics), scored way above the 90th percentile. It was tricky but i found it relatively easy to be honest (thanks to the topic tests).

I did very good in FRA…scored well above the 90th percentile. Agree with the previous poster. Doing Topic tests really helped.

Overall too well above 90th percentile.

had the same feeling. I saw through all the tricks they wanted to apply and solved all of the problems as started solving from FRA and Equity. However, my total result is below 10% which is odd cause mocks were not lower than 50% and exam felt easy, especially the PM part.

I did very well in FRA, really did not expect it at all. I remember coming out of the exam saying yeah if I fail its going to be because of FRA…maybe i was paranoid because i felt it was the hardest topic. But I did practice a whole lot, i did the online topic tests 2-3 times.

Yeah, I’m that guy - I got less than 70% of the questions right in FRA but still got the 90th percentile. It’s a weird feeling; I imagine it explains why I felt like I bombed on test day but actually came out ok in the end (passed). 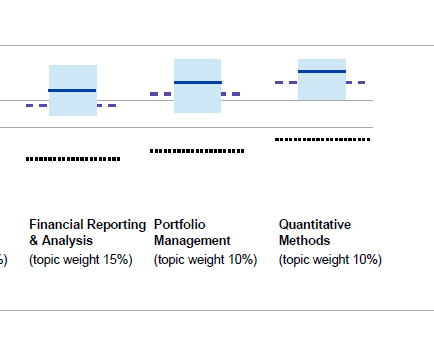 FRA whooped my behind, thank god my math nerd self was able to kill the Fixed Income and QM sections. I think the reason for everyone doing poorly is that the core concepts weren’t tested as much as I thought they would be.

Some people may say poorly worded but I truly believe one question has issue, given the context of that paragraph. My FR&A is at 90 percentile.

Yeah I felt like FRA was poorly written, especially for PM session. My overall score is exactly on 90th percentile but my FRA was like 33% correct…Now I think about it, FRA was the reason why I felt terrible walking out of the exam room, thinking that I would fail for sure. I also did extremly terrible on Corporate Finance but thank god it was only 5% of the exam.