you broke, shut up Don’t talk to me, get your bread up! Gundlach on Debt Blow up!

When the next downturn hits, companies won’t address their leverage ratios, and there will be “en masse downgradings” in the investment-grade corporate market, resulting in "significant divestment of a lot of naive money,” the investor warned.

U.S. stocks will get “crushed” and never recover to pre-crisis levels in the remainder of his career. " data-reactid=“31” type=“text”>RIP NIPSEY HUSSLE

U.S. stocks will get “crushed” and never recover to pre-crisis levels in the remainder of his career. " data-reactid=“31” type=“text”>https://www.youtube.com/watch?v=QGfJVTEplj0

His point about stocks is somewhat interesting. He’s alluding to this chart of his I recreated and the fact that prior index peaks in other geographies came after monetary policy drove asset inflation and working age populations turned over in sequence. While the US does have more immigration, a significant portion of large cap corporate earnings are derived internationally.

With the corporates call, he has been saying that very wrongly for years but performed well ahead of peers despite a near zero allocation. Maybe he will ultimately be correct, who knows, but I’m curious if this will be a hallmark missed call. It’s somewhat irrelevant to him because he makes his money using quantitative strategies enacted across structured products and doesn’t really play in corporates regardless. Doubleline TR call is tonight so he’s making his rounds.

So you’re saying short all the companies who have issued debt in order to fund buybacks to prop up their share price despite revenues being pretty flat over the last 12 years?

people dont understand that funding buybacks with debt makes the investors that didnt sell take a larger percent in ownership of a company that has reduced its net worth and made it more levered and depedent on future earnings.

gundlach has been wrong cuz earnings have kept up and rates have remained low. earnings have started to crack a bit, and at this level is overvalued. if a recession hits and earnings should fall. this’ll be a shit show of downgrades. or inflation will finally tick up (lol i’ve been wrong on inflation since 2009. hahahahahahaha)

i like maybe 4 companies out there. and they all have a pe of like 15 to 18. with pb of 1.5 to 4. to me thats pretty overvalued. ev/ni or fcf will be slightly the same cuz they have either a manageable debt load or a net cash position. i dont fuck with debt. broke ass foos. why dont they got $$ like cardi

people dont understand that funding buybacks with debt makes the investors that didnt sell take a larger percent in ownership of a company that has reduced its net worth and made it more levered and depedent on future earnings.

I don’t believe that investors don’t understand that. It’s just that there aren’t really any other good options. 80% of sp500 companies are running buybacks and bonds yield next to nothing. You got to put your money in something.

I don’t see this as necessarily a problem. If you found that your 10y borrowing rate went from 5% to 2% in 10 years, wouldn’t you also take loans and buy stock? Perhaps this situation is an indicator of future periods of tapered returns, but it does not have to signal a sudden, violent crash.

In line with what Cod and Ohai are saying, the general market assumption is that rates will either be lower for longer for reasons including monetary policy and declining working population or at the least they will rise gradually. If these conditions hold, then debt will be rolled and the corporate refinancing will simply result in an optimized cost of capital. Even if this situation does not persist perpetually, as long as it persists for the holding period of equity (a few years?) they win.

On the other hand, Nerdy’s scenario could play out in the event rates rise (his expectation) and liquidity tightens and firms can no longer perpetually role (or it becomes inefficient to do so) and begin to de-lever. Maybe this will happen, most of the market believes there has been a regime shift in rates towards Japanification on some level, but who knows.

if rates fall, then of course it makes sense to borrow more. but there is a limit. markets run in cycles. crashes is not a matter of if but when. and we are closer to the end than we are at the beginning. so it just makes sense to improve liquidity at this stage. they can literally just buy a short term treasury, at 2% its practically inflation. or pay down their debt which prolly have a cost of 5%.

but they need to shore up some cash. look at buffett, he has 130b. whats his largest pos? apple, which has 210b. you dont have to do anything. they hired a hedge fund just to follow inflation. bottomline you dont have to buy anything, but people do anyways. esp now wit hthe rise of etfs. everyone just mindless investing.

also for clarifications. rates can remain low. federal reserve would just apply mmt and purchase everything. but perma low rates will come with cost. the longer these rates remain low, the more risk taking, and weak players will remain alive. they will keep taking on more leverage until the market turns. then many of them will sell for cheap.

i think rates will not rise until inflation has arrived. and i’ve been wrong about inflation for 10 years and counting. we only got asset inflation.

St. Louis Reserve Bank President, James Bullard, who commented: “Something is going on, and that’s causing I think a total rethink of central banking and all our cherished notions about what we think we’re doing…. We just have to stop thinking that next year things are going to be normal.”

Nerdy are you listening, you’d be losing it right now

St. Louis Reserve Bank President, James Bullard, who commented: “Something is going on, and that’s causing I think a total rethink of central banking and all our cherished notions about what we think we’re doing…. We just have to stop thinking that next year things are going to be normal.”

Exactly. We aren’t a manufacturing economy anymore. The preconceived notion of a recession every 5-7 years is total BS (BS =/= Black Swan).

I will say though. Three of the last Three recessions have all been caused by bubbles. Could this be the next?

I think in this context he was discussing some of the repo volatility lately and the effects of MMT.

Yea I’m pretty sure what he is saying is q infinity and beyond!

gundlach releaesd another note yesterday.
i’ll sum:
he does not think we have reached the bottom, and that it will get even worse during april.
he does not think we will reach new highs for a long time. coincidentally i saw a survey yesterday where 70% thinks we will reach new highs before 2022.
he thinks most of sell side is too bullish as they predict a v shaped recovery in q3.
unemployment will rise to 10%, and we will likely hit a depression. (james bullard thinks we’ll reach 30%)
beleives that stimulus and monetary policy will reach 10 trillion. worries that fed deficit will be the next major concern. 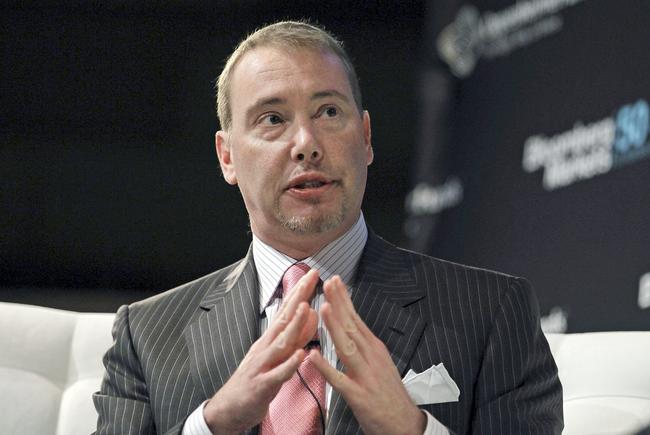 Gundlach: Stocks Will Drop Below The March Lows

"I think we’re going to get something that resembles that panicky feeling again during the month of April."

I need to watch the podcast, I saw the notes posted, always makes me nervous to be on the other side vs Gundlach but I don’t know on this one.