Adjusting US Military uniform and grooming standards for religion

Is this fair? How PC can we get?

The historic Citadel military academy is considering granting its first ever uniform exception to a female cadet who has asked to be allowed to wear a hijab in keeping with her Muslim faith.

He is not the first Sikh to have a beard in the army. Sikhs wearing beards have been serving in the US army long before this. The military has granted such exceptions to uniform before, so there is precedent. So why does it matter to you?

I like how all the conservatives who talk about religious freedom suddenly switch sides when it’s the wrong religion.

But ACE wants to be ignorant, don’t bother.

So why does it matter to you?

Because it just hit my school.

It’s hard to judge freedom unless you need it.

Agree, you should be competent enough to do whatever you are required to do. But you should be free to wear whatever you can unless it becomes a security issue. It’s like not hiring a Sikh because he/she doesn’t look like everyone else in the office even though he/she is capable to do the job. But it doesn’t happen in reality. Just Sad!!

whatever you want? this is ridiculous

Are we going to see this next for Muslim US Military women? 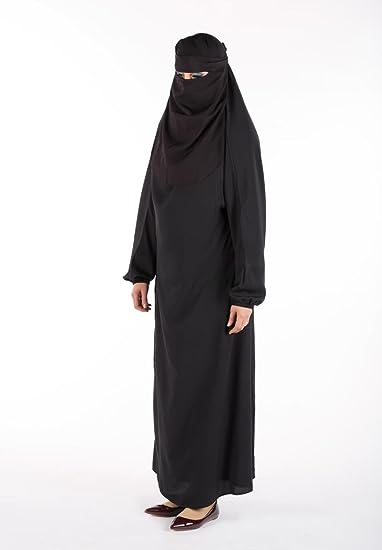 What about Orthodox Jews — I’m sure we can accomodate them too. My opinion - just be practical. If your religion requires you to wear something, give people a uniformed/standardized version.

Canada’s defense minister is a Sikh and he was previously a highly decorated commander, decorated for his service in the NATO Afghanistan mission (three tours there plus Bosnia). He seems like a pretty badass patriot Canadian and answered the call, as a reservist (who in Canada can opt out of serving overseas) standing up when American was attacked. If you want to count guys like Harjit Sajjan out, we’d have a weaker military. And just extrapolating the populations, America would also be losing out on some high quality soldiers. Dude wants a beard? Who cares. Minor accommodation. A more diverse military has operational advantages that surely outweigh a beard (foreign language, culture experience, etc).

Since 2011, gay service members have openly served in the U.S. military. In 2016, service women will be able to compete for all combat positions. Within the next six months, transgender service members may be granted the right to serve openly. We are in a period of significant expansion of rights for specific subsets of the military population. Yet adherents of Sikhism, the world’s fifth-largest religion, have remained actively excluded from service since 1981. Though Sikhs have been seeking to regain the right to serve in the U.S. military for decades, the issue has taken on new renewed visibility in the last few months amidst the wave of post-Paris and post-San Bernardino Islamophobia in the United States. Mistaken by ignorant bigots for Muslims — and historically targeted in their own right — a number of Sikh men in the United States have suffered severe verbal and physical abuse, while Sikh temples have been vandalized. This is nothing new for the estimated 500,000 Sikhs in the United States. According to the Sikh Coalition, more than 300 physical attacks against Sikhs were reported in the first month after September 11, 2001. The worst recent attack came in 2012, when a white supremacist Army veteran rampaged through a Sikh temple in Wisconsin, killing six and wounding three. While anti-Islam sentiment in itself is unwelcome, the fact that Americans can’t tell a Sikh from a Muslim — a 2013 study found that half of Americans thought Sikhism was a sect of Islam and that 70 percent couldn’t identify a Sikh in a photo — is indicative of a general lack of awareness about the religion even though Sikhs have been active, positive members of American society for more than a century. http://warontherocks.com/2016/01/its-time-to-change-the-regulations-that-stop-sikhs-from-serving-in-us-military/

^ You’ll chose a weaker soldier because the Sikh has a beard? That’s pretty dumb.

Im with geo here, i rather have a stronger armed force than weaker one even if the volunteers dont look alike

This is my main issue.

^ You’ll chose a weaker soldier because the Sikh has a beard? That’s pretty dumb.

Yeah, unit cohesion is going out the window. 1/5 of enlistees have a beard and or long hair that gets shaved. You’re telling me this one guy is special? Is his religion better than yours? He gets special rights and privilidges?

Since 2011, gay service members have openly served in the U.S. military.

In 2016, service women will be able to compete for all combat positions.

Political pressure, and a load of BS