Trump sucked. Common knowledge and it was easy to tell…moron is a moron and there is nothing you can do about it.

But man…Biden’s Town Hall. What a…I dont know what. Fiasco?

Does the emperor wear clothes? For me, he is butt naked. 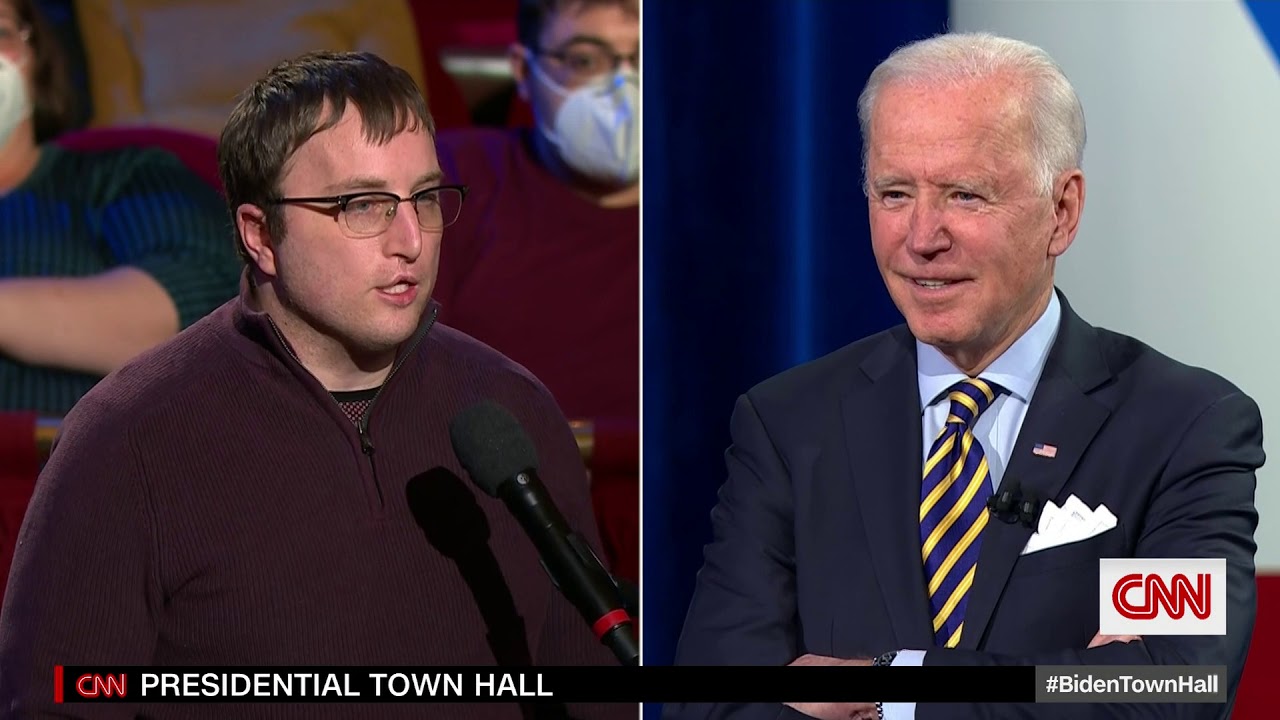 English is my 3rd language and sometimes I don’t understand everything…but did this dude really say that vaccine didn’t exist when he took office? 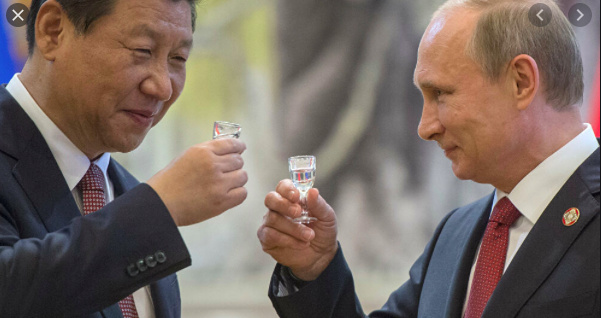 A retard was replaced by a retard.

But, let’s not forget, it’s completely normal to like kids more than people. 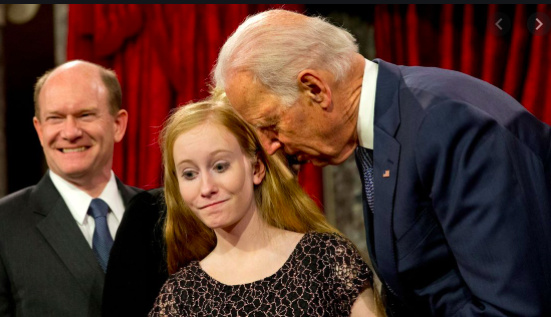 I’m not sure if this is an improvement on Trump or not. (That is–if you focus on what Trump did and not on what he said or how he acted.)

Yeah. I’m not holding Trump as some sorts of a yard stick where I measure future or past Presidents to. As I said, Trump was a moron. I have and will expect more from the POTUS. But Biden’s incoherent ramblings simply don’t cut it.

What takes the weight of my shoulders is Biden’s respect for human rights and especially Uigurs in China. All woke people such as myself should feel relieved that we finally have a President that takes human rights seriously…not like that evil orange man!

Man, given those weird videos of him touching kids, opening the event with “everyone knows I like kids better than people!” is slightly weird. But hey, he is a democrat so it must be totally OK! Right @Schopenhauer ?

Well duh @Codtrawler87…only a right-wing revolution-plotting evil republican would think that smelling and touching kids is evil. Oh, and that a genocide are a culture-dependent definition.
But that’s besides the point. The most important is that we have a black vice-president and gay transportation secretary. Go USA Go!

Just watched an hour worth of the event. Man oh man… ya’ll boys are in for a treat! Guy can’t construct a sentence that makes sense…

This is so embarrassing. 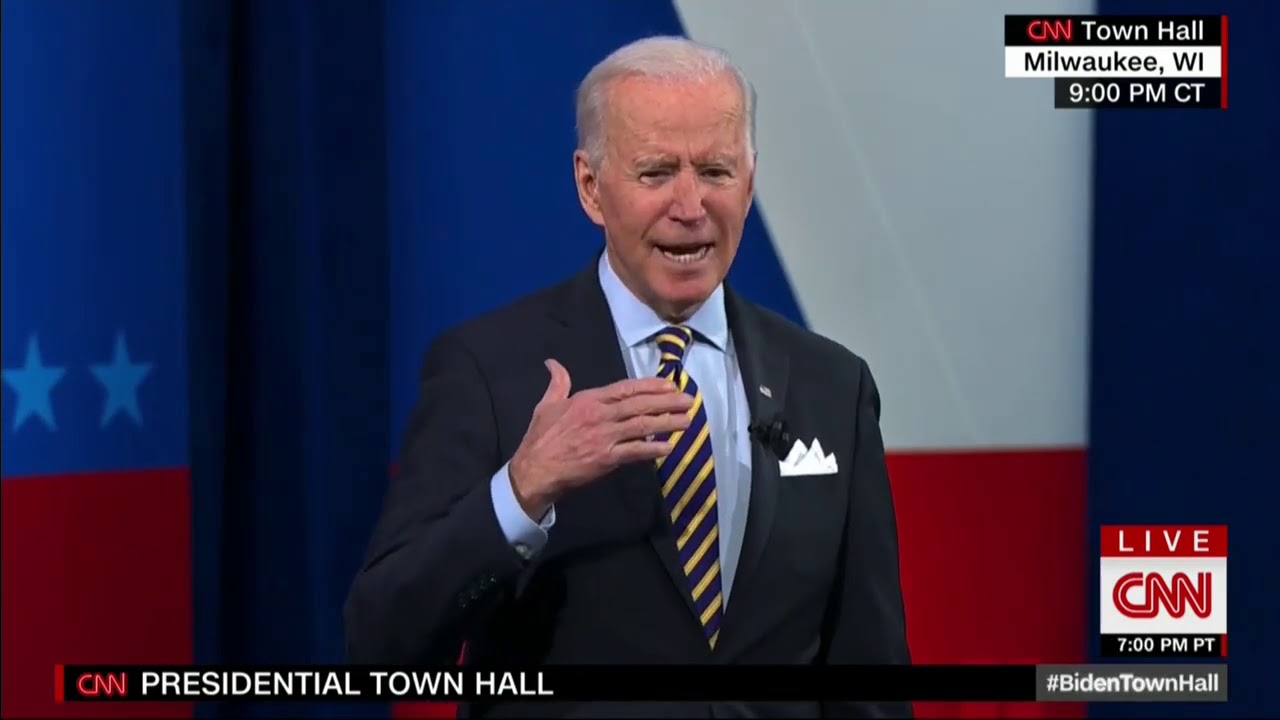 What about it is so embarrassing, exactly? Is it more or less embarrassing on the world stage than Trump?

I would’t use Trump as a yardstick. Like I said, he is a moron.
But yeah, if you say so, I guess there isn’t anything embarrassing in what Biden said.

Uhhhh, it’s not? I’m not a bootlicker, I can criticize Biden too.

Plus, it’s kind of bizarre how this is your ‘gotcha’ considering Epstein and Trump were buddies

What do you want to do? Cancel China? The majority of our ■■■■ is made there. And when we tried to ban trade. All they did was repackage it at other third world countries at a slightly higher markup and it was still cheaper than other places. Condemn China all you want but it will do nothing but antagonize a great nation.

What do you want to do? Cancel China?

I think condemning china’s action could be a good start.
Maybe it’s just me but having 1m minorities in concentration camps and US president explaining it as a “culture thing” is not a good look. 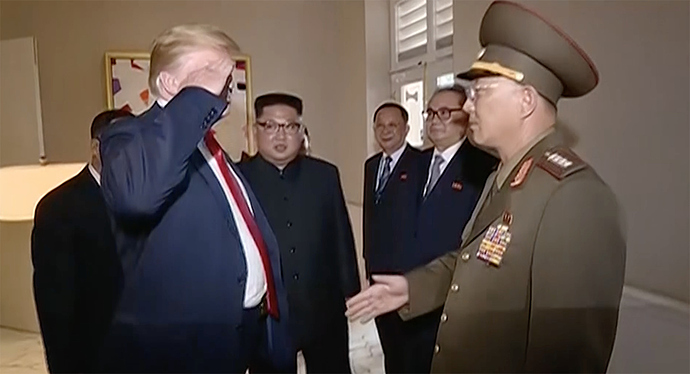 It’s interesting that you are constantly keep bringing up Trump. Is that really the case in the US right now? are we really using Trump as a yardstick for future presidents?
Biden is better than Trump. I think everyone with a functioning brain understands that.
But is it just me but I find it extremely worrying that Biden was the best that the Democrats could muster together after 4-years of Trump?

We’re using it as a yardstick for the lack of political posts you’ve made surrounding the various ■■■■ he’s done for the past few years.

I think Biden is shitty. He’s cut from the same ■■■■-cloth as Trump. In fact, he’s arguably worse because he’s more effective in passing legislation.

But it’s interesting how now that Biden is president, we’re back to caring about the gaffes said by the president.

sounds like he is taking a reconciliatory approach which is a complete 180 to trump. the friendlier the relations between the two biggest economies, the better it is for the world.

But it’s interesting how now that Biden is president, we’re back to caring about the gaffes said by the president.

Interesting point of view.
I think Trumps gaffes were well covered in the media and a lot of attention were given to Trumps shanigans, and rightfully so. Should I have posted about them? Why would I?

But I can say one thing. If Trump had said that having concentration camps is a cultural thing and it wouldn’t had made headlines, I would have certainly posted about it.

“Both sides bad” is what got us Trump in the first place. Some people can’t distinguish between an overcooked burger and a literal sh!t sandwich.

Here’s the transcript in full.

And that’s not so much refugee, but I talked about it. I said, look – Chinese leaders, if you know anything about Chinese history, it has always been the time China when has been victimized by the outer world is when they haven’t been unified at home.

So, the central – to vastly overstate it, the central principle of Xi Jinping is that there must be a united, tightly controlled China. And he uses his rationale for the things he does based on that. I point out to him, no American president can be sustained as a

president if he doesn’t reflect the values of the United States. And so the idea I’m not going to speak out against what he’s doing in Hong Kong, what he’s doing with the Uyghurs in western mountains of China, and Taiwan, trying to end the One-China policy by making it forceful, I said – by the way, he said he gets it.

Culturally, there are different norms that each country and their leaders are expected to follow. But my point was that, when I came back from meeting with him and traveling 17,000 miles with him when I was vice president and he was the vice president – and that’s how I got to know him so well, at the request of President Hu – not a joke – his predecessor, President Hu, and President Obama wanted us to get to know one another, because he was going to the president.

COOPER: When you talk to him, though, about human rights abuses, is that just – is that as far as it goes in terms of the U.S.? Or is there any actual repercussions for China?

BIDEN: Well, there will be repercussions for China. And he knows that.

What I’m doing is making clear that we, in fact, are going to continue to reassert our role as spokespersons for human rights at the U.N. and other agencies that have an impact on their attitude. China is trying very hard to become the world leader and to get that moniker. And to be able to do that, they have to gain the confidence of other countries.

And as long as they’re engaged in activity that is contrary to basic human rights, it’s going to be hard for them to do that.

But it’s more much more complicated than that. I’m – I shouldn’t try to talk China policy in 10 minutes on television here.

Let’s focus on what Biden says and what Trump did. That makes total sense,