Had an In N’ Out burger near Hollywood Blvd for the first time the other night. Burger was dry, but the place was packed. Some heroin addict lady who was asking other people for change, randomly sat down in front of me at my table and stared at me for a few seconds, then got up and left.

Anyways, Five Guys is much better. I like In n’ Out’s ‘simple menu’ which doesn’t give the customer ‘choice overload’, so the turnover is fast, and puts less pressure on the customer, reducing anxiety, and keeping it simple. Five Guys somehow achieves this simplicity even though they provide a plethora of toppings, which makes it a more compelling franchise. ^ There’s no reason why he should be pondering that long about what to order. He also looks a bit anxious. Maybe I was wrong.

He must be deciding between the Five Guys Fries and the Cajun Fries.

^ There’s no reason why he should be pondering that long about what to order. He also looks a bit anxious. Maybe I was wrong.

Dude, that menu is huge! And the number of permutations with fixings/sides is astonishing. It’s probably a good thing chicken wasn’t an option or he’d never come to a consensus. 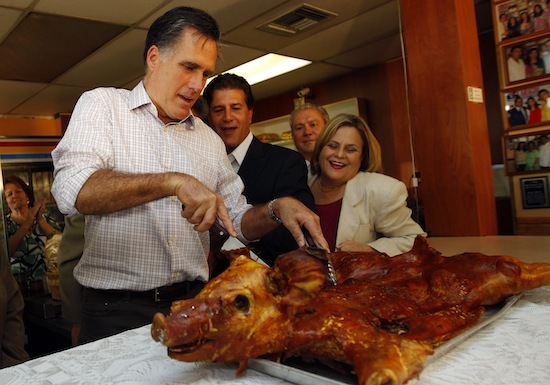 This is how I roll:

Double Double no spread, ketchup and mustard instead, with onions

O Bammy Bam looks like he’s constipated in that 5 Guys photo. I get the double baconcheese… then I go left to right like a teleprompter adding mushrooms, onions, lettuce, tomato, mayo, ketchup, mustid…

no sweat, no acute anxiety attack, and usually they are playing great classic rock…

They just put a Chik Fil A in San Jose and I went there for lunch today. They have STRAWBERRY FANTA on the gun.