Clip on ties? is it ever appropriate?

Go on YouTube, it’s easy to learn the Windsor or Half Windsor Knot.

If you’re wearing a clip on tie, it’s a similar risk to sporting a “good” fake Rolex.

You may think it looks good, and it may. But there’s the risk you run into someone who knows the real thing, then you risk being discredited. It’s hard to explain why you’re wearing it if you get called out, and you can’t walk it back. My 2 cents.

If you’re wearing a tie it should be a quality tie that gives a strong personal brand support as the moment requires. Don’t risk getting memed by your B-School cohort colleagues as the class clip on tie guy.

Regarding Macy’s and department store suits: when you get out of B-School you will probably get some tailored suits when you need them, at some point. Until that time, if you want to avoid the discount label look, it’s easy to do. Take a knife and gently cut the thread in a few places, where it stitches the Macy’s label to the jacket inside lining. Don’t cut the jacket, only the thread where it’s stitched on top of the label you want to remove. Cut the thread in enough places and you can gently pull it all out, and the label or tag comes off too. In this way you can easily remove the label without damaging your jacket. So it doesn’t scream Macy’s every time you reach for your phone in public. You can steam the inner jacket where the thread holes are, and they generally disappear from view. It makes it look like maybe it’s a tailor made suit for you. Also do the same thing with the threads sewing your side pockets and top breast pocket closed. They are real pockets inside. That way you can put a handkerchief or pocket square in your breast pocket and your wallet/keys in your side pockets too. I don’t know why they sew them shut in dept stores but they do. Probably for storage. But they are real not faux pockets actually. The best dept store suits in my opinion are at Charles Tyrwhitt. They have those in Cali and most major cities in the USA. Same price for suits as Nordstrom or Macy’s but they look nicer and have surgical sleeves which are cool. Closest thing to tailored suits I’ve found on the store rack. Also great shirts and ties there.

Never wear a fake watch in real business. Trust me, the only folks who fall for that are folks who don’t know watches. I know this isn’t the question you asked but I’ll say it anyway in case someone else is privately debating whether to do it. Just last month I saw a fake Rolex GMT Pepsi on a sales guy I did a deal with. I said nothing but downgraded his status mentally as a less serious person trying to be someone they aren’t, he wasn’t touching the money he wanted to appear like he did. If you’re not a watch guy, or if you like the smart watches, stick with that it’s fine too. But if you’re getting a mechanical watch, the main thing is it needs to be a real one, just follow your taste and style wherever it leads. Unless it’s leading ultimately to a clip on tie choice. Don’t follow it quite that far. Cheers man you’ll be great in B-School regardless surely. Big success awaits you in 2 years.

hey thx for the tip. i’ve decided to skip the department store and go to an actual tailor. im goign to the place that did my tux for my wedding where eevrything made in italy. sicne ur all being obnoxious, i guess ill drop some money on a suit. i just need 1 anyways. im in a much higher weight class due to covid. i figure 1 suit for fat nerdy makes sense

The Simpsons has some wisdom to impart: 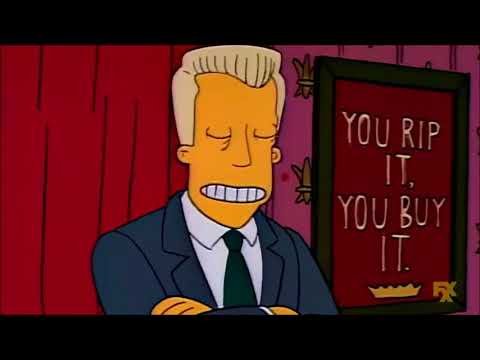 We’re not trying to be obnoxious here. Some of us are a little more distinguished in age and come from a generation where a suit and tie were standard dress in the office.

Do us a favor: ask the tailor about wearing a clip-on tie, record his reaction on your phone, and post it here for our amusement.

Stay away from Double-Breasted if you’re a big dude, my man. Stick with 2- or 3- buttons and look into pinstripes. 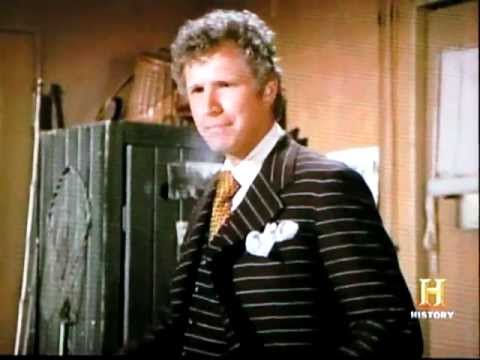 God Nerdy, I has higher thoughts of you. I rarely visit this forum anymore but this thread caught my eye. It caught my eye because it stings.

Don’t ever ducking wear a clip-on-anything.
Rumor has it that your testosterone levels drop as much as sp500 in 2001 if you do it. Prove me wrong.

Good move. Anyway if the weight drops back off the tailor who made the suit can take it in, reduce the size - often this adjustment is 100% free from them. No worries. When you have a good suit, you will need a good dry cleaner. Most dry cleaners are not ready for expensive suits, buttons get knocked off etc. Honestly, just buy a steamer and steam suits out most of the time at home if they’re legit Italian material. Because dry cleaning chemicals wear down the fabric. If you want low risk, permanent style then stick with standard button jackets and nothing too “avant garde” in terms of pocket configurations, buttons or fabric patterns, that is trendy now but iffy in 5 years. Good luck man you got this. Cheers.

lol well i spent about1.2k for a couple italian suits. navy blue and black. bought 3 ties, 2 checkered, 1 solid that they have knotted for me. a few dress shirts white and light blue. some brown shoes. i already have black ones. anyways couldnt help myself from buying as they were good prices

Nerdy, nephew, go to Youtube and watch the how-to videos. If you leave the ties knotted, you’re gonna really crinkle the fabric of the tie and it will look awful!!!

We nag because we care!!! 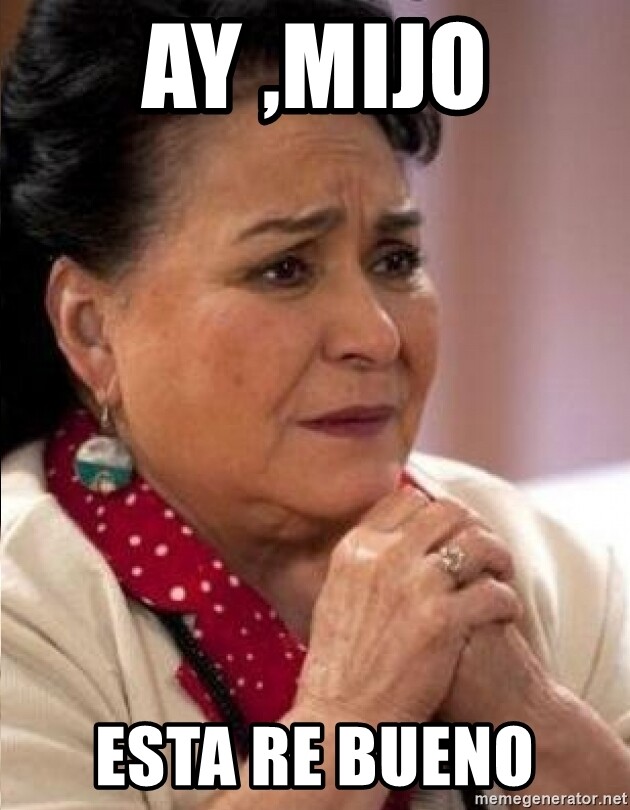 Nerdy, nephew, go to Youtube and watch the how-to videos. If you leave the ties knotted, you’re gonna really crinkle the fabric of the tie and it will look awful!!!

You NEVER leave a tie tied. Learn how to tie it, bro, it’s not hard, and then hang it up when you’re done to minimize wrinkles. Every 2nd or 3rd time wearing your tie you should steam it, even if that’s just putting it on a towel rack next to your shower and steaming up the room.

And if you have a clip-on tie you will be found-out by the wrong person at the wrong time, and once exposed as a clip-on wearer, you will be forever tainted with that and your image won’t be able to recover. You’ll always be Clip-On.

If you pull off the details, you will look great and feel confident. Don’t short-change yourself, and do some you-tube’ing for easy tutorials.

Is a clip-on different from a strap-on? Or are they the same thing?

And can you wear a tie with a short-sleeve button-down?

lol got it no clip on tie. but im gonna keep the knots tied. its barely wrinkled rn.