So my ex and I are hanging out right, and we went to the grocery store to get some lunch. When we were leaving this car pulled a real ■■■■ move, and I called him out on it since his window was down. He turned and said “go back home” --> regarding the gal in my passenger seat.

I didn’t know wtf to do bros. Just sat there in awe (not admiration) that someone would be racist like that. I always thought racism was just fake. My ex just sat there and did nothing though. I was able to cross the intersection shortly after he said that. But holy ■■■■ man I was so angry. I ended up just driving away (which she was thankful for). Then she tells me to calm down because evidently she’s used to this sort of thing. Told me that it doesn’t happen often here in Denver, but when she goes to the Carolinas to see friends, she experiences it a lot.

IDK why I’m writing this, I guess I’m just pissed off. Besides, the woman is gorgeous from head to toe, and has a golf swing most white guys couldn’t ever dream of developing. SRS, I bet you lot $1,000 each she could kick your ass at golf.

Sad day to wake up and realize that the liberals are kinda right about racism in this country.

Perhaps he was simply concerned that you might unnecessarily be exposing yourselves to COVID-19 and that you would be safer in your domicile. In Denver.

Then again, maybe not.

Seriously, though: my condolences. Some people are incredibly stupid and the pandemic’s making them even stupider.

I don’t recall seeing you mention it before: your ex-girlfriend is from where, exactly?

Yeah it is, it’s also hard to fully separate from people being tools right. Like if you’d pulled up with any other combination person they’re just pulling the quickest thing they can spot/find that will illicit a reaction. They’re both wrong, but just something to contemplate when thinking about people’s motives and underlying thought processes. I actually encountered more racist stuff when I moved to a city and honestly the worst incidents I’ve ever seen both happened in MA. Although some of that might just be because higher population density means higher frequency of interactions.

On a micro level, I’m a firm believer in throwing down, but once you start fighting stupid you’re in a losing battle.

I consider them to be educateder on the topic than you and I.

that will illicit a reaction

I actually encountered more racist stuff when I moved to a city and honestly the worst incidents I’ve ever seen both happened in MA.

Racist stuff against you? Or against others?

I don’t recall seeing you mention it before: your ex-girlfriend is from where, exactly?

And I gotta side with Swan here. I see your logic that it’s possible he meant go back home and stay inside… But what sort of Neanderthal would insinuate that when they themself are out and about running errands at a grocery store that someone else ought to be home. Like he’s allowed to buy groceries (which are essential) but I’m not?

That’s why I’m iffy on that being the reason.

That wasn’t logic: it was sarcasm.

Of course he didn’t mean that: he’s an imbecile.

i went to the south once for work. i was gathering data. alabama of all places. the white ppl there were extremely nice. like ridiculous nice. it may have been because i was unaccustomed to southern hospitality.but in my head, i thought maybe i made these people feel weird which is prolly why they were awkward af. but then again it was a backwater spot so they were prolly rednecks. anyways if i thought they were rednecks because they were awkward af then does that make me racist? or do i have to call them a redneck to be a racist.

Here’s the hard truth: racism is rampant in America. I’ve travelled around a few states lately… happened upon a white supremacy rally in Portland, right in the thick of it. Riot police were called and we quite literally drive up a mountain and hit a pub until an hour before our flight.

Then spent some time in the south just prior to covid. There are street signs reminding people about their history. It’s a polite way of saying don’t be a racist pos. Unfortunately the signs don’t always work.

I commend you for calling this ■■■■■■■ out. I’ve done it many times and will continue to do it going forward. There’s just no need of it. Even when hanging out with friends who are casually dropping racist slurs I’ll say something. Ironically most of the racist people are in the lower class. What high horse could they possibly be riding on that gives them the comfort and audacity to call somebody out on their race for no apparent reason. It’s mind boggling.

Wow, sorry to hear that!

It’s the hard knock life for us
Instead of treated, we get tricked 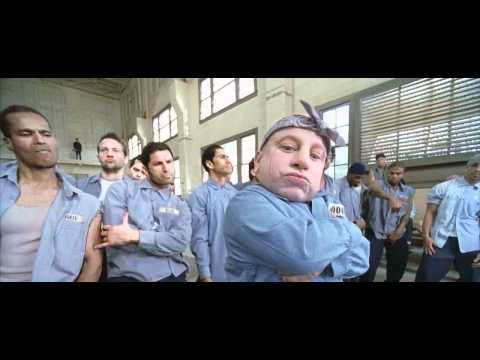 A few random thoughts after reading this…

agreed with Voyager. name-calling isnt the worst of things though. imagine being physically assaulted or even killed just because you are of a certain race. i didnt experience this, but i know this is not uncommon in America.

those are actually pretty rare. what isnt rare is teh amount of black people sent to prison. blacks are about 10% of the population but make up 35% of the prison population. this why cops and the justice system get a bad rap. about 1% of the population in the us is in prison btw.

I commend you for calling this ■■■■■■■ out. I’ve done it many times and will continue to do it going forward.

For the record, I do NOT commend you for calling him out. I’m not condoning what he said, but if a person has such a lack of respect for other people, then they’re probably either A.) stupid enough to actually hit you, B.) Dangerous enough to be carrying a gun, C.) Surrounded by other morons who are just as dangerous and stupid, or D.) All of the above.

Unlike BS, I’m not about to get into a fight unless it’s completely unavoidable. Even if you win, you’re still going to lose. And you could be putting your girl in jeopardy too.

agreed with Voyager. name-calling isnt the worst of things though. imagine being physically assaulted or even killed just because you are of a certain race. i didnt experience this, but i know this is not uncommon in America.

With all due respect, it is uncommon.

But it’s not unheard of. And that’s what’s deplorable.