I had a family reunion last weekend, and a cousin and I almost got into a fistfight over this.

What is the best NES game ever? I say “The Legend of Zelda”. He says “Super Mario Bros. 3”

No doubt that Mario has gone on to be the better franchise since 1988. But if I were trapped on a desert island with an NES, a power source, and only one game, that game would definitely be Zelda.

These are all good games.

True. I felt like such a badass gunslinger shooting those ducks!

in tactics ogre there is 1 crucial part in the game where you had to convicne a city full of your people to revolt against your enemy.

they refused because they were tired of war. your leader expected this and told you to disguise yourself as the enemy and massacre the town, the old, the children, the women. his reasoning was to create such an atrocity that your people will rally behind the dead as martyrs.

at the age of 7 i was given this choice. initially i didnt want to massacre the town (everyone including the old, the sick, the women, and the children), so i chose not to. but then your leader framed you, made you a traitor, and put a bounty on your head. you become a fugitive on the run, hated by all and looked pretty depressed. i didnt like that, so i rebooted it and massacred the town instead.

another great dialogue that pretty much summed up the average person as sheep that will blindly follow a person with power.

They were just a couple a Bad Dudes until one day they had enough and started punching people. 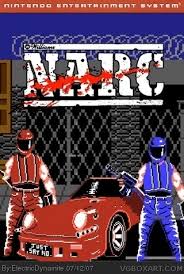 Oh man. This topic can easily go sideways. I can see how this could lead to a fistfight.

I’d have to agree Zelda would be my desert island game, but if I could take 2 others they’d have to be mike Tyson’s punch-out and the original Metal Gear. I actually watched a guy play Metal Gear cover to cover on YouTube not too long ago. Literally took like 25 minutes lol. Seemed like it took me 4 years when I was 8.

I kind of remember not finishing most of the games from earlier periods. I’m not sure if it’s:

I definitely think this is true. Anybody try to beat Ninja Gaiden? The only way I ever beat it was with a Game Genie.

I remember dog-eared copies of Nintendo Power stacked up in a corner in my bedroom as a kid, protected like they were some sacred scrolls…

^You must have also gotten the Dragon Warrior promotion that they sent out to everybody in the world.

I must admit that I still play Dragon Quest (as it’s now called), albeit the iOS version.