@Greenman72 what should we think about Trump Taxes? How can we all pay 0 taxes? 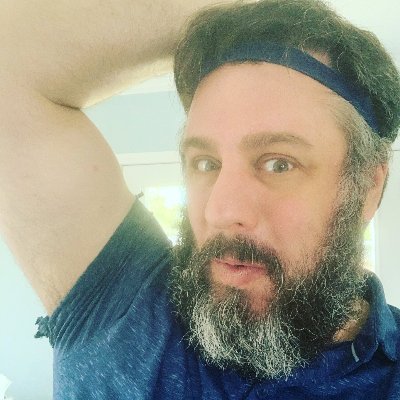 First, he pays his tax return preparer millions of dollars. Let’s start with that.

Second—I haven’t seen any tax returns. All I’ve heard is what the Times is reporting, which is 100% certain to be misleading.

Third—I am internetless at work. Once it comes back, I’ll type up my thoughts. (Hard to do it on an iPhone)

It seems Donald Trump is either 1) a massive tax cheat or 2) an incompetent businessman or 3) both.

A Forbes reporter put together a thread that looked at various records - including filings by publicly traded Vornado, a majority partner in two big Trump investments - and figured that Trump owed around $1.1 billion in debt in the next few years.

Personally, my belief is that if you want to be president of the United States, you shouldn’t try to be a businessman at the same time. The law should require that presidents fully divest business interests and put everything in a blind trust. I’m very wary of having a president that owes so much money: think of the multitude of ways in which such a person’s interests would differ from that of the United States.

here’s highlights.
earnings from 2000 to 2018:
200m from apprentice
230m licensing deals for his name
178m in passive investments where he does not operate
-174m in companies he runs. key wins incluide trump tower and trump world tower. key losses were far higher and include hotel trump national doral and DJT Holdings which own the golf courses.

overall: he was a good businessman at the beginning making his money in real estate as a nonperator and passive investor. but his earning didnt skyrocket until the apprentice, where he was entitled to 50% of profits as an actor. he then got more licensing deals from the exposure. he then became a tax whiz and started generating losses that offset his earnings mostly from the golf course. as of right now. he is personally liable for 300m in loans within the next 4 years.
anyways imo his land prolyl appreciated in those golf courses. but he is just using it to offset his income. he isprolly not paying taxes right now! as the majority of his income from the apprentice and the licensing deals has fizzled. id say 2012, he prolly stopped paying taxes. anyways i think he is still making money net from his businesses and real estate, but is just reporting tax losses. to people complaining this is unfair. dont hate the player, hate the game!

Personally, my belief is that if you want to be president of the United States, you shouldn’t try to be a businessman at the same time. The law should require that presidents fully divest business interests and put everything in a blind trust.

I’m not sure which is worse—a conflict of interest, or no conflict because there is no interest.

If we followed your suggestion, then people with good businesses would mind their own business, because their business is worth minding. You would get a lot of career politicians with zero practical real-world experience in running a business in government. And I’m not sure that’s the optimal situation.

I get what you’re saying, and I agree that DJT has done a fabulous job enriching himself at the country’s expense. But I also think that he is far outside the realm of normal—even for a businessman.

If i had to guess i’d say he stretched his losses and downplayed his gains all while essentially taking everything as a business expense including contracting out work to family.

Disgusting the dude rolls around in private jets while paying nothing and his supporters are happy to pull in 60k and pay 10 of it out in taxes.

For starters business expenses need to be reviewed a lot closer across the board.

yea this is an excellent idea. i think they should create a topline tax much like a royalty for businesses. to control tax abuse

Question - do you think Donald Trump’s personal financial situation has impacted the decisions he’s made during his presidency?

If the Democrats win the presidency, the House, and the Senate, I think #1 item on the agenda is strengthening voting laws, and #2 would be more stringent ethics regulations across government (and hopefully filtering down to state levels too, etc.).

Dan Alexander (@DanAlexander21) Tweeted:
1/ The New York Times #TrumpTaxReturns story is terrific. I had about a million thoughts as I was reading though. I’ll be annotating those here, in this thread, for the next few hours. https://t.co/LeVjIwATpl https://twitter.com/DanAlexander21/status/1310342791336284160?s=20

Question - do you think Donald Trump’s personal financial situation has impacted the decisions he’s made during his presidency?

Answer - already given, when I said “he has done a fabulous job of enriching himself at the country’s expense”.

Question - do you think the country would be better off in the hands of career politicians who have done nothing except try to run other people’s lives? (Bernie and AOC come to mind). Or in the hands of people who actually have experience in the world of business, and understand the practical applications and effects of the laws that those career politicians want to enact?

(Note - DJT is a bad example. Don’t point to him and say that he is representative of the business world at-large. We both agree on that.)

agreed with greenman. i think a businessman is better at running a country than a career politician. but people have brought up a good point on conflict of interest, but personally i think as long as everyone is richer and better off that its ok for people to aggrandize themselves.

BTW - I’m still reading and digesting this NYT article. It sounds like a good spin job by the Times. They’re basically admitting that DJT uses the complexity of the tax code to his advantage. But for some reason, he is immoral for doing the same thing that many others do. (All of which seems to be legal.).

The article does make reference to illegal activities and wrongful deductions, and suggests that they may have been buried somewhere in the tax returns. But it offers no proof. In fact, it even admits that it’s impossible to prove or disprove.

Can CPA legally get paid as a percent of taxes avoided?

Politics and business are not as different as people think. Career politicians have a substantially overlapping skillset with most white collar business leaders.

Can CPA legally get paid as a percent of taxes avoided?

Yes, I think more information is needed to get the full picture. I’d love to see financial statements for the various business entities in which Trump and various family members (Kushner and Ivanka, who have official government positions) have an interest. Of course, as noted above, I think these business interests should have been divested before he became president.

Based on reporting, it seems Trump, in some fashion, owes about $1.1 billion over the next few years, during which time he hopes to be president of the United States. Would you trust that his decisions be made with the best interests of the United States in mind? If not, why do you accept that?

I read about 2/3 of the article before I got tired of reading it. Basically, there’s not a lot of substance there—just a bunch of conjecture and political one-sidedness.

The article basically repeats itself over and over. “DJT made a lot of money on this deal, but his tax return shows he lost money. It was probably a result of (legally) spending money and generating losses which are perfectly legitimate within the framework of the Internal Revenue Code. And there’s no proof that he did anything illegal.” Rinse and repeat several times.

The article also conflates several technical topics (which I suspect were intentional obfuscations to distort the truth) such as equating a business deduction with a charitable contribution, mistaking property taxes for income taxes, and mischaracterizing payments made to Ivanka (Which again—were not only perfectly legal but also advisable).

Basically—I can tell that the author is a very educated individual. Educated enough that he can distort facts to his advantage and suggest that DJT is a crook, thief, and liar; all while covering his bases and admitting that the little he does know is 100% legal within the framework of the law.

Just to note—I fully believe that Fox News or the WSJ would do the same to a Democratic president or candidate. So I’m not playing political favorites. Just reporting what I think about the news of the day.

Also—I’m 100% sure that DJT is running personal expenses through his various business entities. That is illegal. But it hasn’t been proven. And this article certainly doesn’t convince me otherwise.

Also - It is normal for business owners to try and cheat the system. As CPA’s, we try to put the brakes on it as best we can, but clients can be very sneaky. It’s not right and not justifiable, but it happens. It’s just easier for somebody like DJT to do it because he actually has business interests he can hide behind, unlike other politicians who have no such businesses.

Also— there are a lot of bad CPA’s out there. And in my experience, crooked clients tend to find the crooked CPA’s, which manifests itself in crooked tax returns. There are bad apples in every profession, and mine is no different.

So can we agree on this - anyone running for president of the United States should be required to disclose all relevant financial information? Personal tax returns, bank records, business financial statements?

Also, if not clear before, my personal belief is that all of the president’s finances should be divested and put into a blind trust. I think Donald Trump has made numerous decisions in his tenure as president that were made for his benefit more than that nation’s.