So did four other people.

Iran shot an airplane, unknown virus is out of control, Australia on fire, Kobe died in an aviation accident. And it is only January!

Along with another basketball player, one of that player’s parents, and, presumably, the pilot.

What surprises me the most is he used helicopters frequently but flew in a Sikorsky S-76, which is not a small or cheap helicopter. Usually those larger ones are extremely reliable.

Yea but I think Kobe has more impact to everyone.

RIP Kobe and daughter, the two victims of this tragic helicopter accident.

To me it sounds like she started to say Knicks and then changed midway.

Enemy of the people. 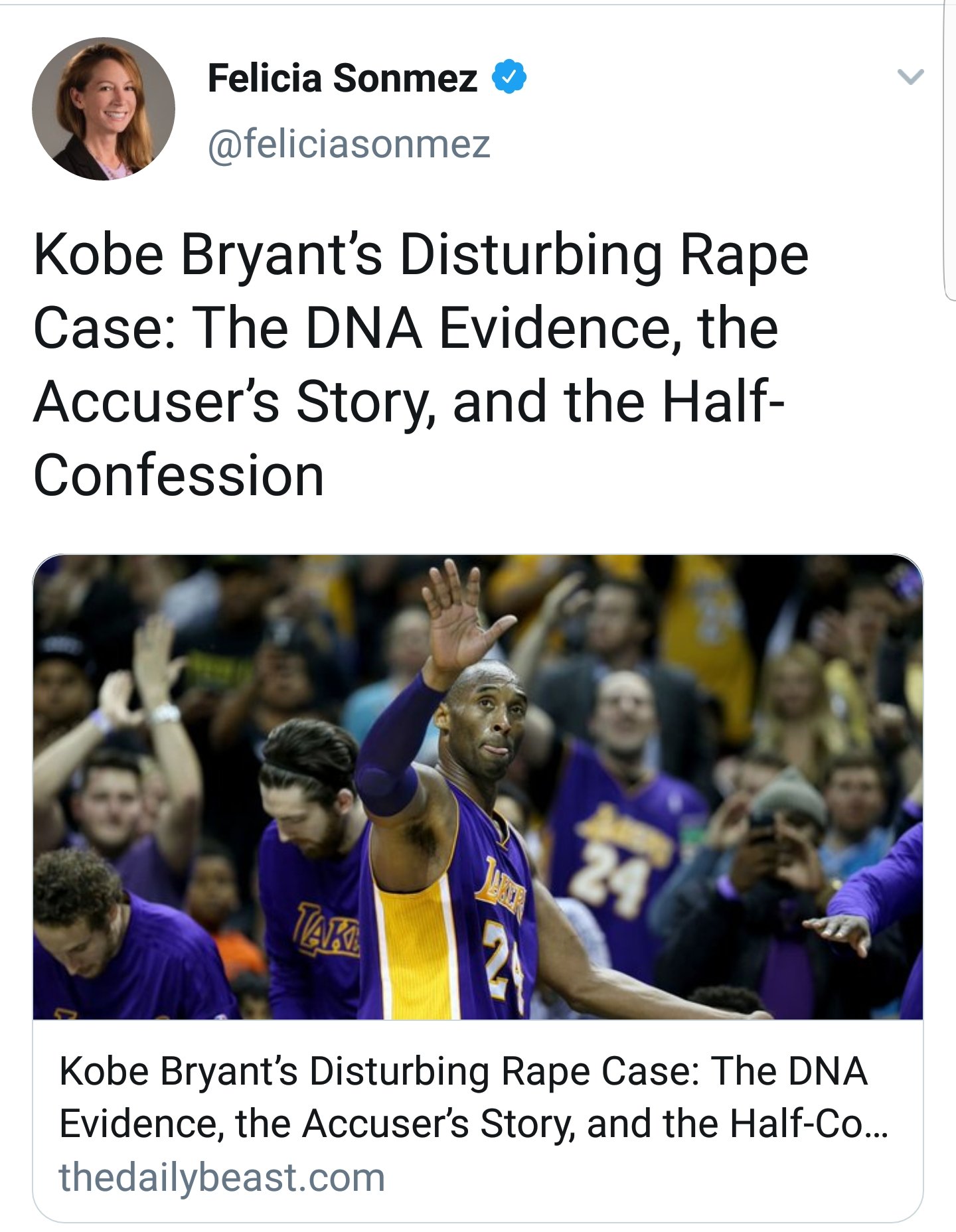 They’re doing all they can to put people against one another, very sad.

Will be an easy Trump victory, Americans are tired of racism and division. The left has some social policies that i support but i couldn’t deal with their racism any more

I guess it’s not possible to have a single thread on AF without the Trump fanboy snowflake soyboy cucks whining about something, huh?

have you read the transcript? enjoy

Agree but at the same time those high end helicopters are FAR more reliable (and generally better maintained) than the average economy chopper. This is a pretty surprising thing.

Anyways, he definitely raped that girl and these stars don’t just settle because it was convenient. Bummer he’s dead but its pretty messed up.

He probably weighed the odds and decided it was better than dying slowly in LA traffic.