Would you rather...(LeBron vs MJ)

6-0, obviously. Losses are for beta males and noncharterholders.

despite the blow out yesterday. the previous game before showed the difference between lebron and mj. mj takes the shot and makes it. lebron passes the responsibility to someone else, winners shoot their shot and gets it in.

CLAIM: " previous game before showed the difference between lebron and mj. mj takes the shot and makes it" 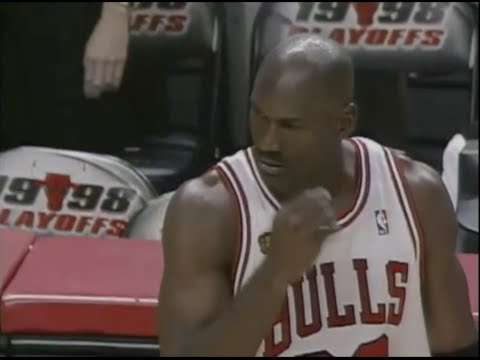 “I’ve missed more than 9,000 shots in my career. I’ve lost almost 300 games. Twenty-six times I’ve been trusted to take the game-winning shot and missed. I’ve failed over and over and over again in my life. And that is why I succeed.” - Michael Jordan

CLAIM: Losses are for beta males and non-charterholders.

In comparison, Lebron teams reached the finals in ten of their fourteen appearances. In three years Lebron led teams failed to qualify for playoffs in a seventeen year career."

Except when jordan passed to Steve Kerr in the finals.

WELCOME BACK! Here’s a video! anyways i wish we could see stats on how often he passes it to anotehr team mate during a game winner! he does it a lot!

NbaLightsOut (@nbalightsout) has created a short video on TikTok with music original sound. | “That’s a dumb question, me” 🤣#nba#fyp#basketball#michaeljordan#jordan#mj23#mj#jumpman | MJ took it personal🤣🕊

I mean MJ did it with the same team with what you can probably argue was an above average supporting cast, whereas Lebron has had to jump to multiple different superteams to get most of those appearances.

MJ is far better, not even close. The game was so much harder back then.

^I was thinking the opposite. Today’s players are quite a bit better than the 80’s-90’s, so there’s a lot stiffer competition.

Personally, I would rather have LeBron’s Final’s record of 4-6. To take three different teams to the finals and win 4/10 is better than taking one team to the Finals and winning 6/6.

People make a big deal out of LeBron getting swept twice. The first time–the second-best player on his team was Zydrunas Ilgauskas–and he had to play against Tim Duncan, Manu Ginobli, and Tony Parker. The second time he had a slightly better team, but was playing against the most ridiculously stacked superteam ever that had four HOF’ers on its starting five.

That year with Ilgauskas was ridiculous. They had absolutely nothing and he still got to the finals. Insane.

Although I agree that the quality of players has definitely gotten better. I’d still say Jordan woulda kicked lebrons butt. When lebron first started he was a beast and woulda picked him. But now he just isn’t the same. Jordan kicked ass until he became a wizard lol.

The players during the old days were far superior to the soft doughboys playing today. The refs have way more control of the game. Also, Jordan had to adjust to the introduction of the 3 point line, he didn’t just stand around in no mans land chucking up threes like the jokers of today.

Hmmm. I will say that I never liked Jordan. There was a jerk-ness to him that was unappealing. LeBron seems like a nice man all around, and he’s always had a good head on his shoulders.

As for their games, they’re quite different players. LeBron is a mix of Magic and Karl Malone, a very rare set of skills. But the most amazing thing to me about LeBron is his durability - the dude has been nigh indestructible in his career.

But the most amazing thing to me about LeBron is his durability - the dude has been nigh indestructible in his career.

Yeah, but I think MJ would say that he never rested or took games off, while LeBron did.

And I used to think LeBron was one of the league’s good guys–but between his SJW-ing and his whining about “wanting his damn respect”, I’ve lost a lot of respect for him personally. (Has nothing to do with his on-court play.)

imo if ur a winner, then we should ignore ur vices and let u keep winning.

LBJ is a beast. He’s been in the finals, what, 10 out of 17 seasons? Pretty good average right there. Jordan made 6 of 15. He gets all the credit for not losing when he gets to the finals but no flak for getting knocked out early the other 9 seasons. They are different players, but for my money its Lebron 10/10 times.

Kobe all the way fools, and i’m not just saying that cause he dead. RIP mamba, the absolute GOAT

Kobe is not goat. His stats don’t back it. The only thing I’ll give him is that he has a higher tenacity. The underdog among the greats. He was prolly the least likely to succeed but the most improved player. Imo!
Both mj and lebron have much better efficient stats by a mile. The key difference between mj and lebron is how they play the game. Lebron gets more rebounds and assists. Mj gets More steals, slightly higher points, less turnovers, and have a higher chance of winning championships.
If push comes to shove, I would choose mj. There was a time when I would choose lebron at the beginning of his career, because there was so much potential. But that potential has been eroded by multiple disappointments. He is still playing at a high level. But it is basically steady as it goes or downhill from here. 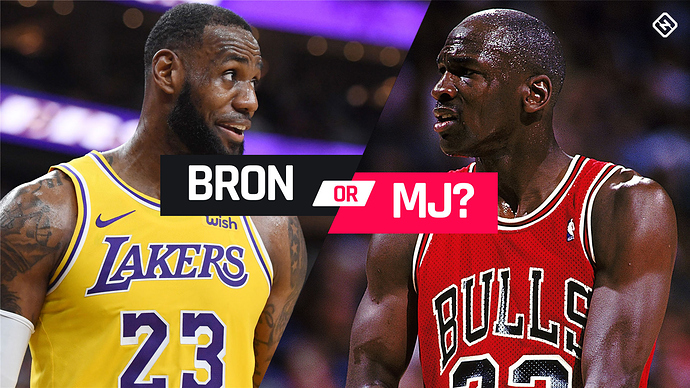 Michael Jordan vs. LeBron James: The key stats you need to know in the GOAT...

There is an argument to be made for putting James over Jordan, and James' case only grew stronger after he led the Lakers past the Heat in the 2020 NBA Finals.